Although I had the time of my life in Philadelphia, it was not with sadness that I watch her beautiful skyline fade into the distance through the grubby back window of a Northbound Megabus, because, at this point in time, leaving one place behind only means one thing… I’m about to go somewhere new!

I’m not going to lie, choosing my next destination was pretty much a matter of opening a map of the North-East US, and finding a place between New York City and Boston that had a ‘big dot’ as opposed to a ‘small dot’. In the end, it was a toss-up between Providence, Rhode Island and New Haven, Connecticut. As much of my undergraduate dissertation had involved critiquing the methodology of a community power structure study conducted in New Haven, I was going to avoid that place at all costs through fear of inducing an attack of post-thesis stress disorder. Providence also looked pretty when I dropped the yellow man from Google Maps in a few  strategic locations, which, as there is no higher authority than Street View, sealed the deal for the Ocean State. We are going to Providence.

Unfortunately, there is no bus that goes directly from Philly to Providence, which means I will have to be spending the entire afternoon in NYC awaiting my transfer. Cue espresso and people-watching in Bryant Park. It’s a hard life, I know.

After said caffeinated societal observation, I hopped on another northbound bus and admired the lovely architecture as we wound our way through Harlem and the Bronx.

It was late when I finally arrived in Providence after a rather unnecessary “comfort break” somewhere in Connecticut, but the city looks nice so far… 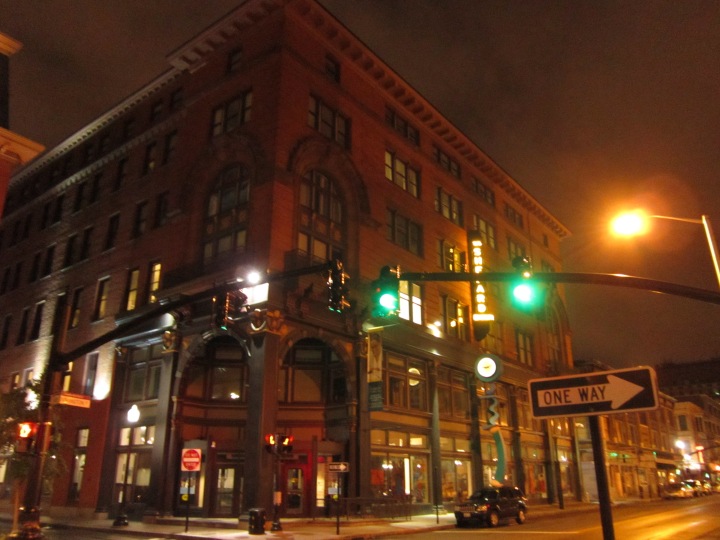 Checking into my accommodation for the night revealed a cosy little hotel room that looked way too inviting to ignore. So for the first time in a week, I decided that night-exploring the rest of the city could wait, and that I’d much rather starfish on my huge bed and watch trashy American late-night television. Bliss.

Waking up early, refreshed after a night of doing pretty much nothing (and not consuming any tequila) I headed to the nearest breakfast place to order my morning heart-attack-special. The city looks nice in the daylight, with wide streets and interesting architecture. Also, according to the LED scroller on the front of the theater, Mumford and Sons are plating here tonight. If only I had checked in advance! 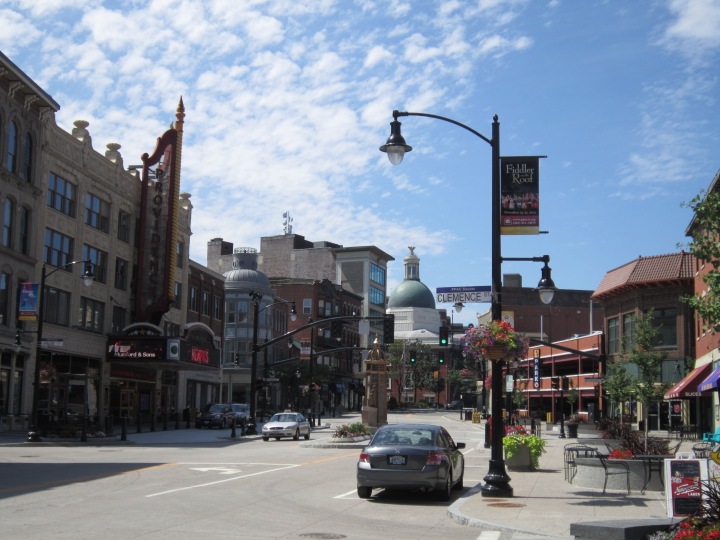 Anyway, I think it’s now time for me to stop talking and give you a visual tour of Providence. Starting, as usual, with some architectural points of interest.

…where I came across a church with an inspiring message… 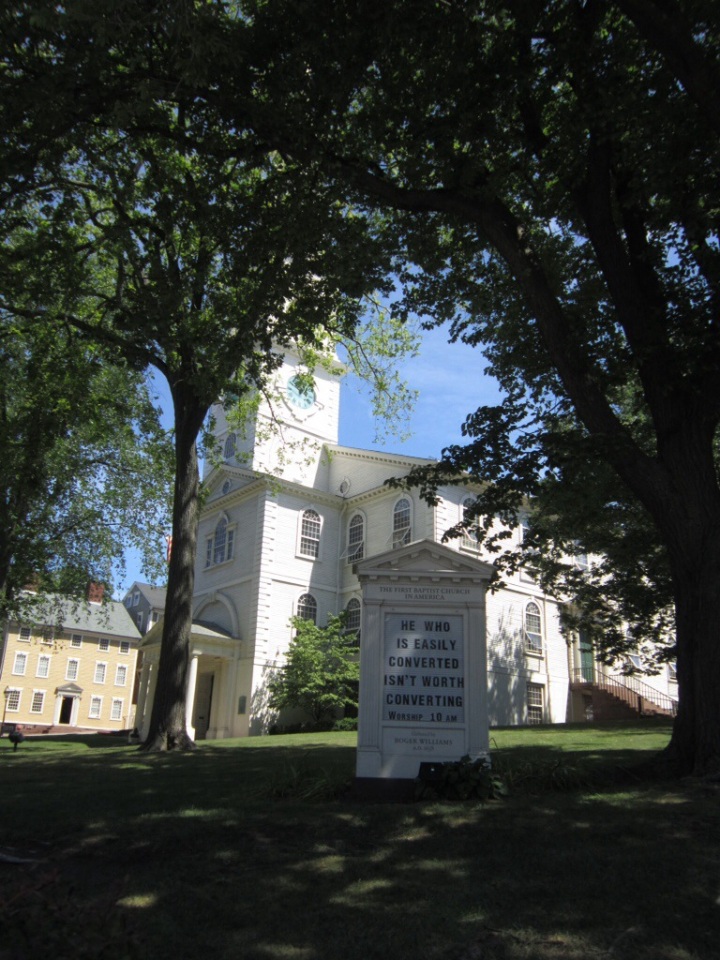 …and a street with an inspiring name.

I crossed another river. Because I could. 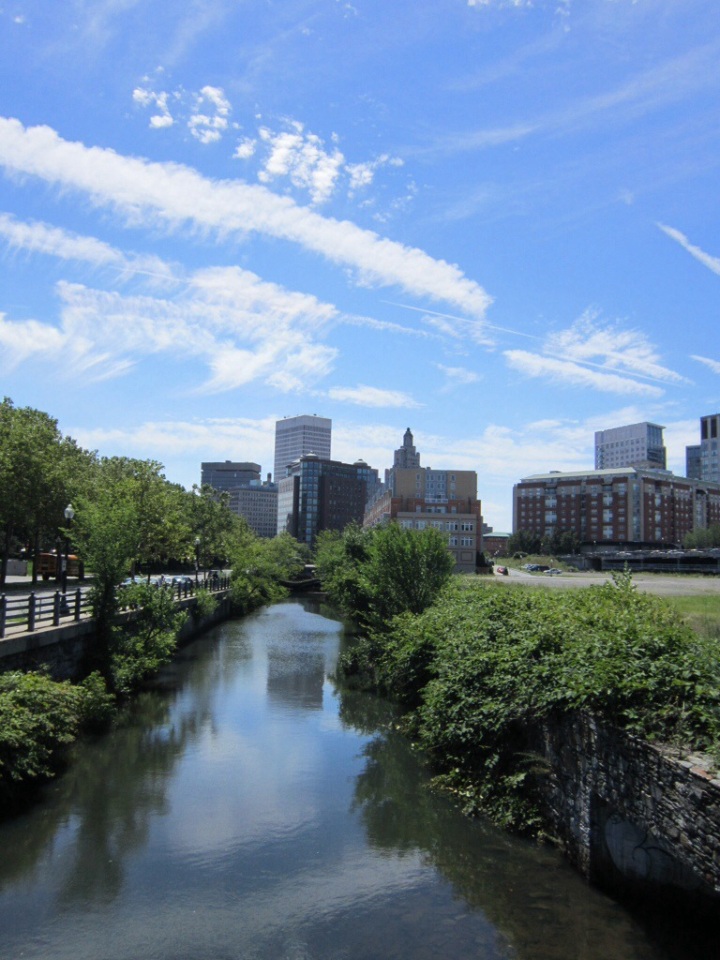 Drifting aimlessly up and down the pretty residential streets, looking longingly at all the beautiful wooden houses that I would dream about living in if only they didn’t scream ‘fire hazard’ at me quite so loudly (born and raised in a city of stone), it doesn’t take very long before you stumble upon the institution that really puts this little city on the map. Brown University. Brown is by no means the grandest or most prestigious of the Ancient Eight, yet the minute I step over the threshold of the gate, I know I’m in a different league altogether from any other university campus I’ve ever been on. Just look at those lawns. Welcome to the Ivy League.

Did I mention it was 35 degrees and I was beginning to resemble Clint Eastwood in minute 36 of the Good, the Bad and the Ugly? Well it was, and I was. Luckily, establishments that charge their customers $50,000 a year have really good cafeterias, with really good air con. A perfect place to consume some iced green tea and fancy yoghurt and plan the rest of my day. 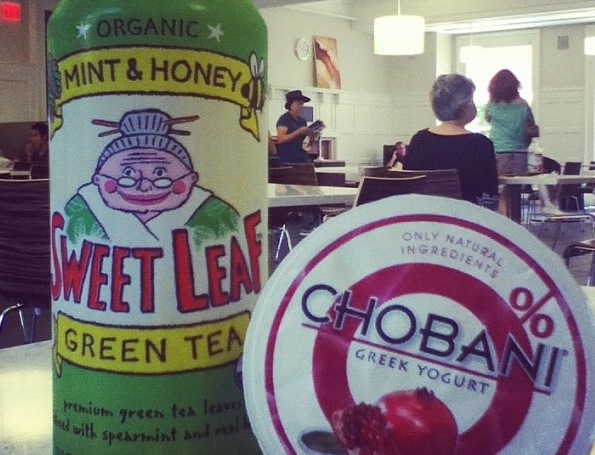 As blissful as the cafeteria was, I felt it would be somewhat wasteful to spend the whole of my only day in a new city watching people being indecisive at the juice fridge. So with a vague idea of where I now wanted to go, it was back out into the sunshine. But first  a quick peek at the campus map they so kindly mounted on one of the walls. The University takes up half of the bloody city!

I also couldn’t resist spending some more time on that beautiful green Ivy League grass. The fluted columns and the interesting sculpture aren’t so bad either. 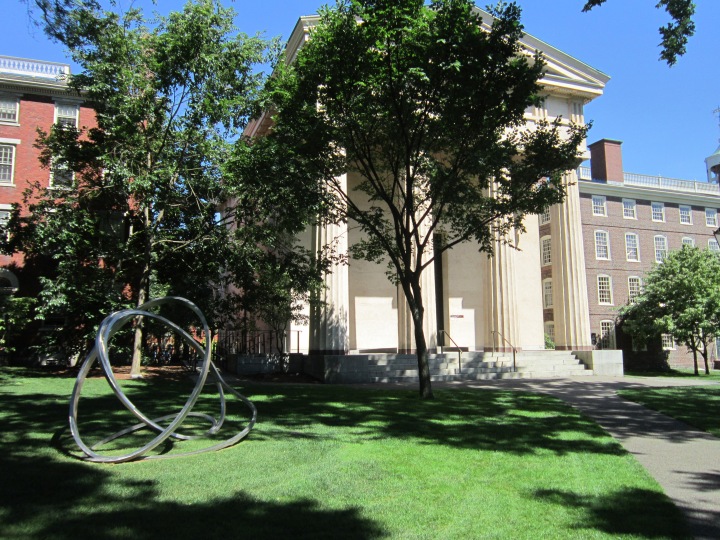 Ah, man, I really wish I had some lemonade right now.. 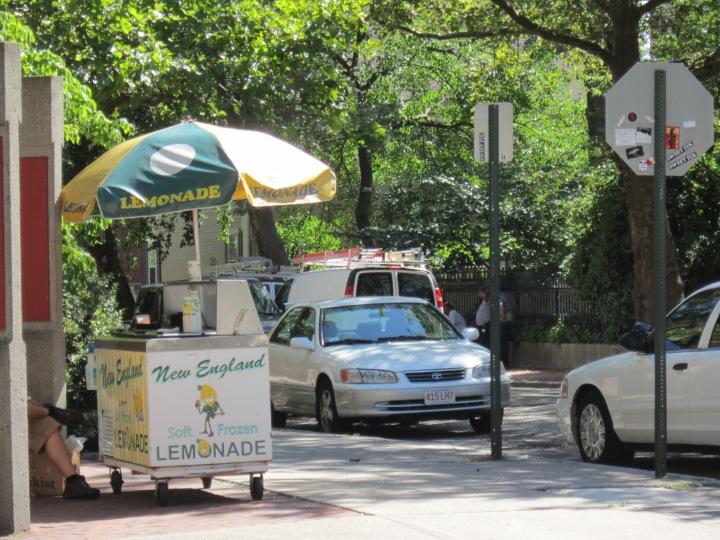 In Providence, ones wishes are always granted.

The tower above is the Carrie Tower, erected for Caroline Mathilde Brown, the granddaughter of Nicholas Brown, the dude for whom the University is named and apparently the scene of many a student prank back in the day.

I leave Brown and head over to the final touristy thing on my list. The white neoclassical beauty that is the Rhode Island State House. Capitol of the state of Rhode Island, home to a big bunch of fascinating politicians, and proud owner of the fourth-biggest self-supporting marble dome in the world (with first-prize going to St. Peter’s Basilica). I don’t know anything else about it, so i’ll leave you with a picture. 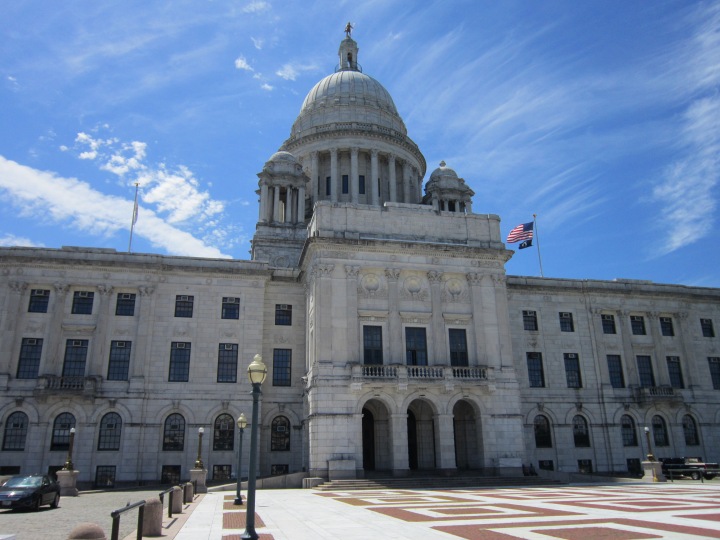 And that’s about all Providence has to offer (well, I’m sure it has more but that’s all that was on my list, and I’m hungry and kind of just want to relax with a sandwich in a park and take advantage of the sunshine and the free public WiFi – things that my hometown has neither of). I’ll leave you with a photo random building I liked from my walk back to the center. 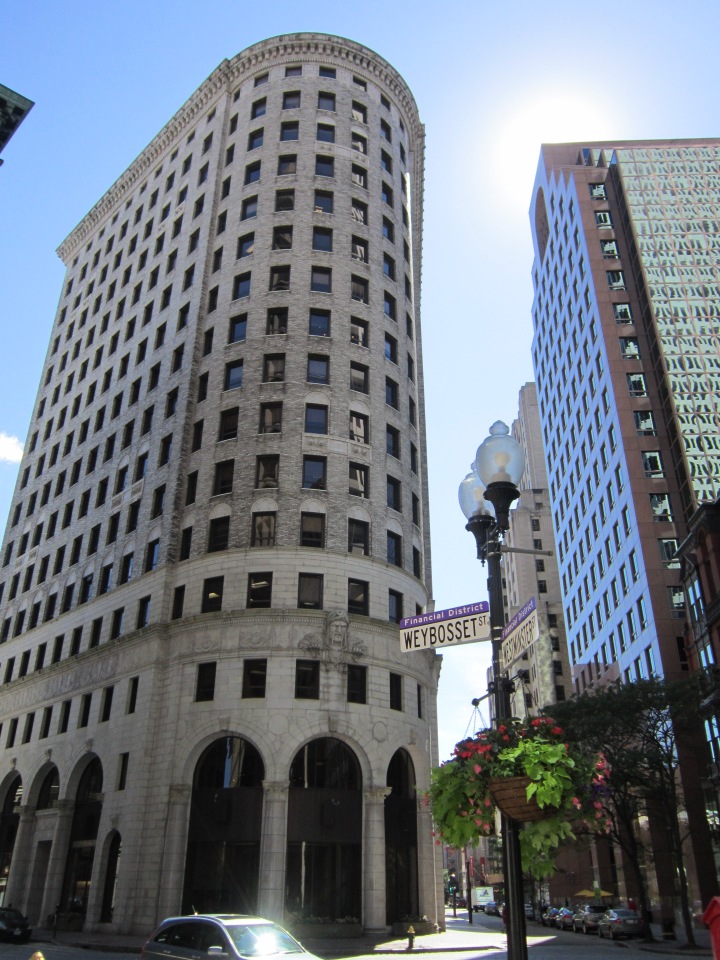 See you in Boston, bitches!