Quite honestly, I can’t be bothered writing a lot right now… It’s after midnight, and I think I exhausted my writing resources for today with my earlier post. Anyway, I’m in New York City now, in an awesome wee hotel called the Bowery House. I spent the afternoon in Pittsburgh before flying into La Guardia. I liked Pittsburgh. The buildings were pretty. Meh, I’m just gonna upload the photos from today, maybe write a few sentences and then go to sleep.

Umm.. here’s a few Churches. The churches in Pittsburgh are mingling so casually among the modern skyscrapers I considered it noteworthy. And photoworthy. 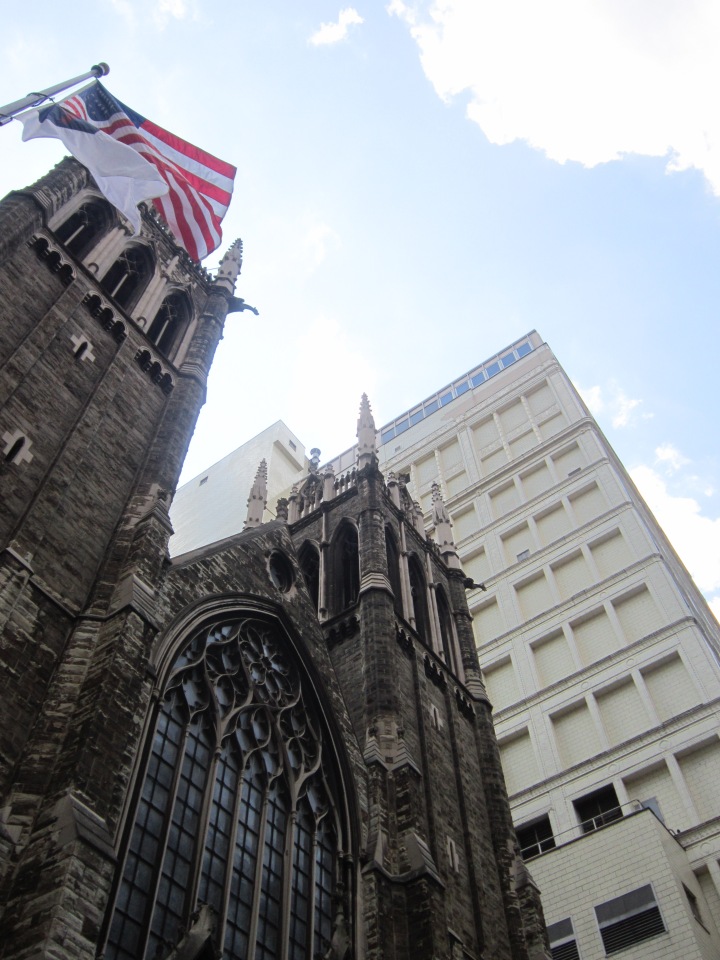 Here’s two in one shot…

Pointy. I do enjoy a bit of architectural contrast.

I popped into the US steel building for a bit. It’s tall. And appropriately steely.

Inside, I hear the soft tones of jazz piano. I follow my ears across the lobby and up an escalator and, lo and behold, I arrive at a Starbucks, where there’s a full-sized grand piano complete with suited up pianist tinkling away. As much as I’d normally prefer to drink my coffee anywhere but Starbucks… THEY HAVE A PIANIST. So I got a latte.

I did have a plane to catch so I hadn’t got very much longer to spend roaming this City. Just enough time to marvel at some more architectural beauties. Like this building which had plane windows. And cloud reflections. 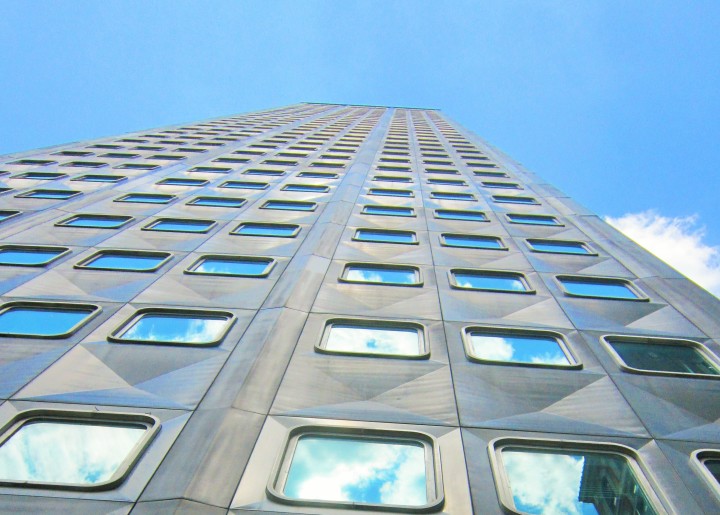 And this scene which looks more European than American.

And these cows which you can see at the airport.

It was only an hour flight to La Guardia, but seemingly, the airport was not expecting us to like, you know, land there, and we sat on the tarmac for over an hour before the ground crew finally came and let us off the plane and into the terminal. That was fun.

I had a Pizza at the airport cause it was late, I was hungry and I needed to stare at my map for a while. [insert pizza photo to make readers jealous] Also there were dough balls. 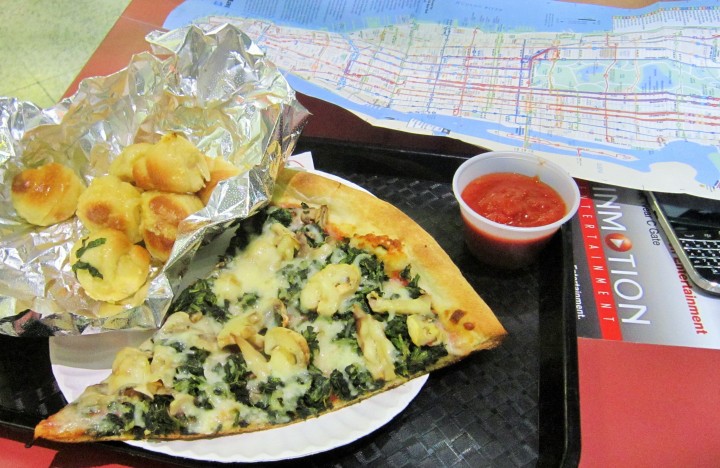 Turns out the transport links from La Guardia are not very good either (and now I fully see why people hate flying to this airport), so I ended up wandering around Harlem wheeling a suitcase round in circles at about 11pm trying to find the right street intersection to get my bus downtown. Never have I felt so white!

…And finally I arrived in Bowery where my hotel is. This is my hotel. It’s a cool place.

And now I am going to bed.