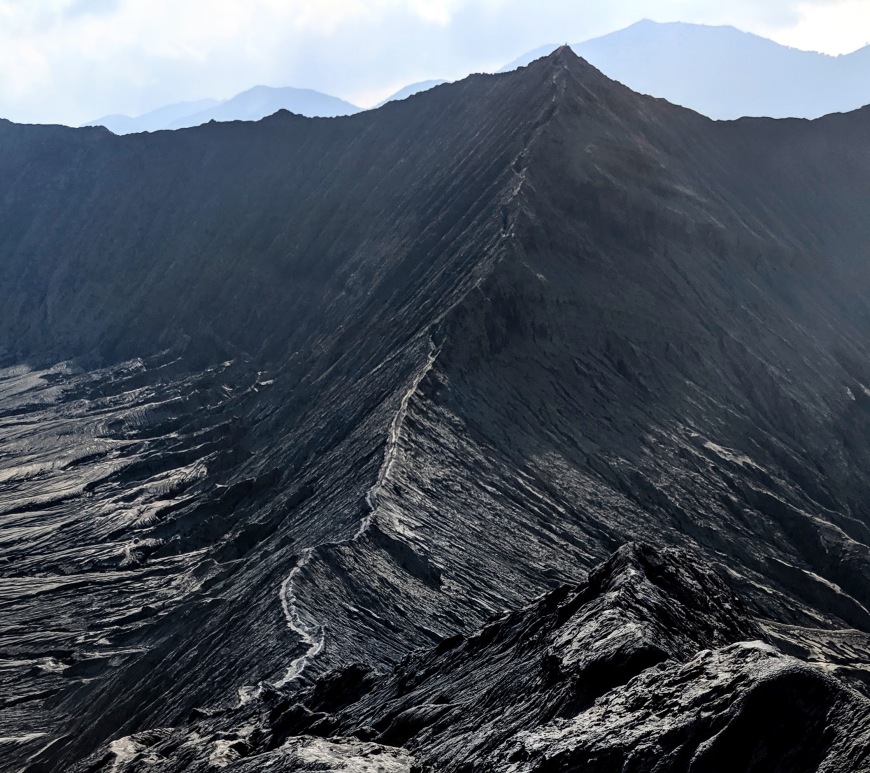 The most unexpected days of your life start with you munching your way through a cup of wet Indonesian coffee grounds while flicking ants off semi-stale white bread. That we now know. Invariably you then hop on the back of a passing motorbike and ask the driver to take you up to an unnamed roadside settlement in the East Javanese mountain region of Wonotoro. I … END_OF_DOCUMENT_TOKEN_TO_BE_REPLACED 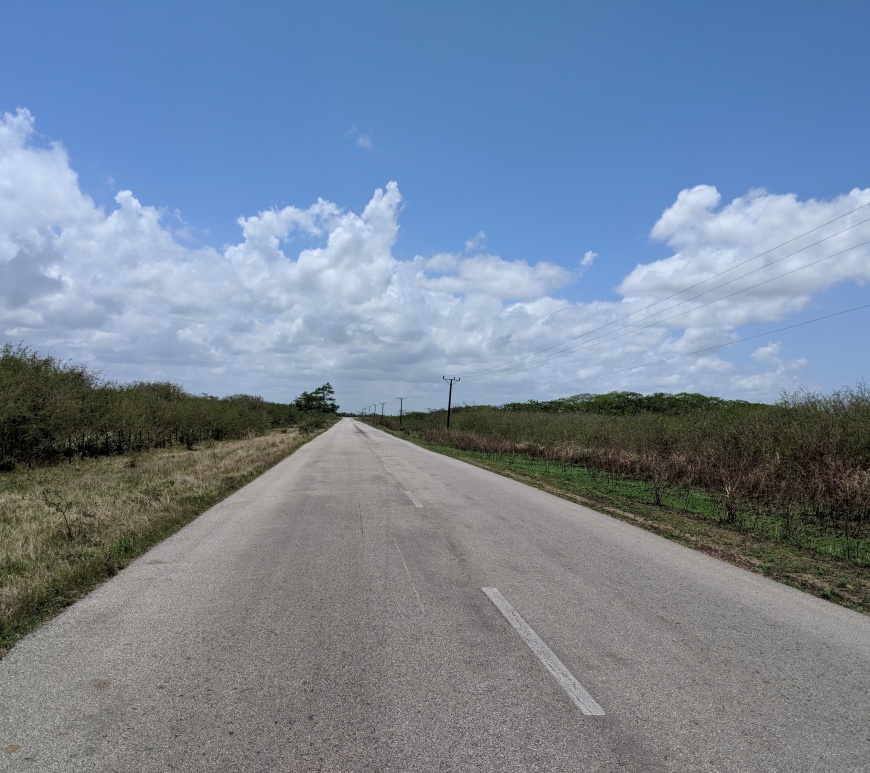 Pirates brought me to Camagüey. Not in the way that you might have hoped but bear with me while I set the scene a bit anyway. Currently Cuba’s third largest city, Camagüey sits about three quarters of the way down the island East from Havana. It used to be on the Northern coast, but its position near the sea turned out to be convenient for … END_OF_DOCUMENT_TOKEN_TO_BE_REPLACED 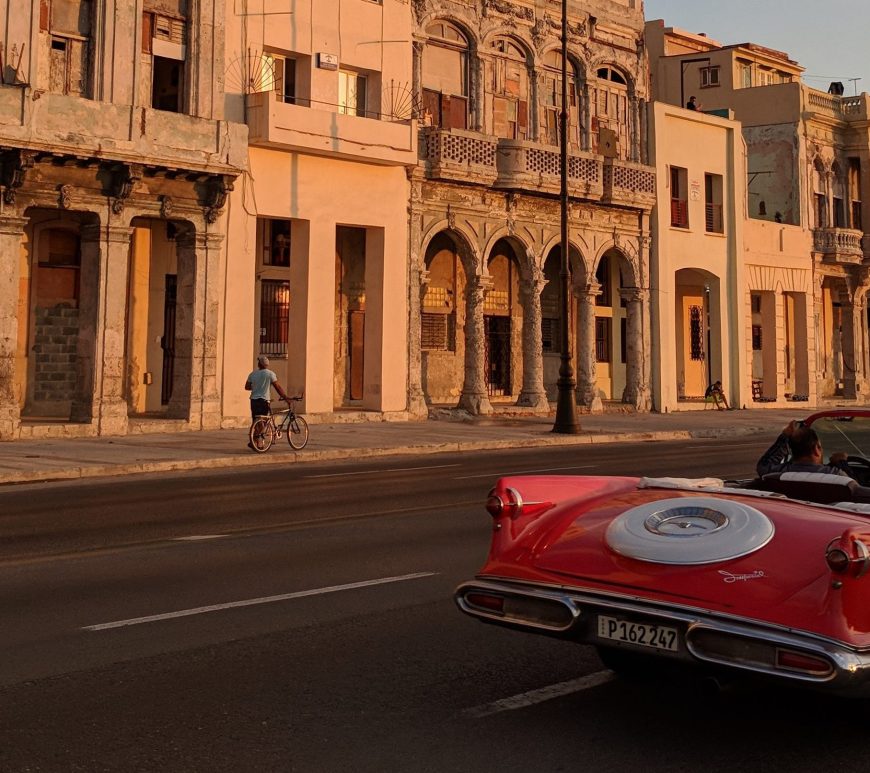 I landed in Havana the day Big Raúl relinquished the Cuban presidency, ending the 59-year long Castro dynasty that managed to survive an American blockade, the collapse of their economic mainstay, and apparently 600+ assassination attempts. The western media were calling the occasion “enormous”. The people of Havana seemed not to have noticed. Life and the living of it was the priority today as with … END_OF_DOCUMENT_TOKEN_TO_BE_REPLACED 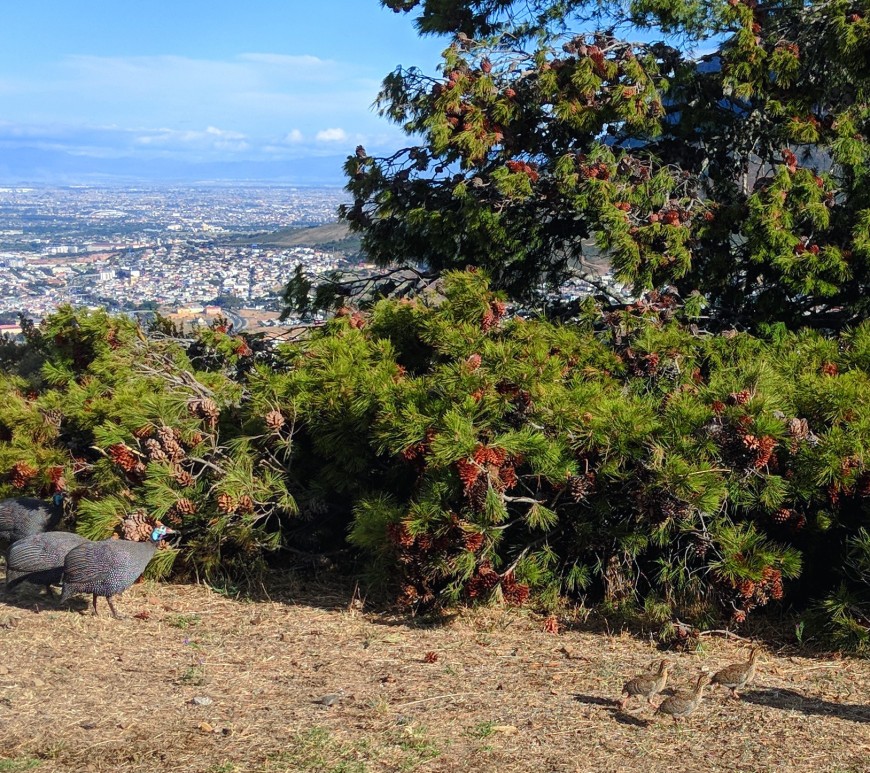 Two weeks travelling solo in South Africa is about to come to and end. It’s been a high tourism, high energy trip – especially this last week in the Western Cape – and I’m now back in the city of Cape Town pretty much wiped out. The day is not yet over, though, so I’m looking for one final excursion. Going up Table Mountain is not … END_OF_DOCUMENT_TOKEN_TO_BE_REPLACED 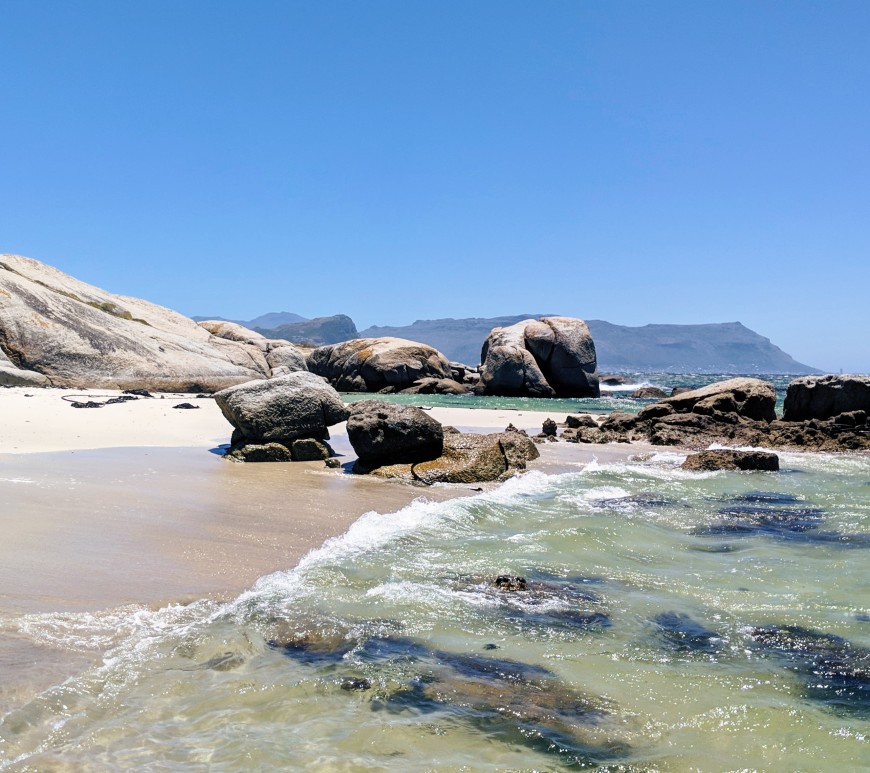 I spent seven full days in Cape Town and went to seven beaches. Sometimes I did more than one beach in a day, sometimes I did the same beach on more than one day, and some days I (gasp!) didn’t go to the beach at all. Still, this is my seven beaches in seven days. And for thrills, I’ve tried to rank them (it was … END_OF_DOCUMENT_TOKEN_TO_BE_REPLACED 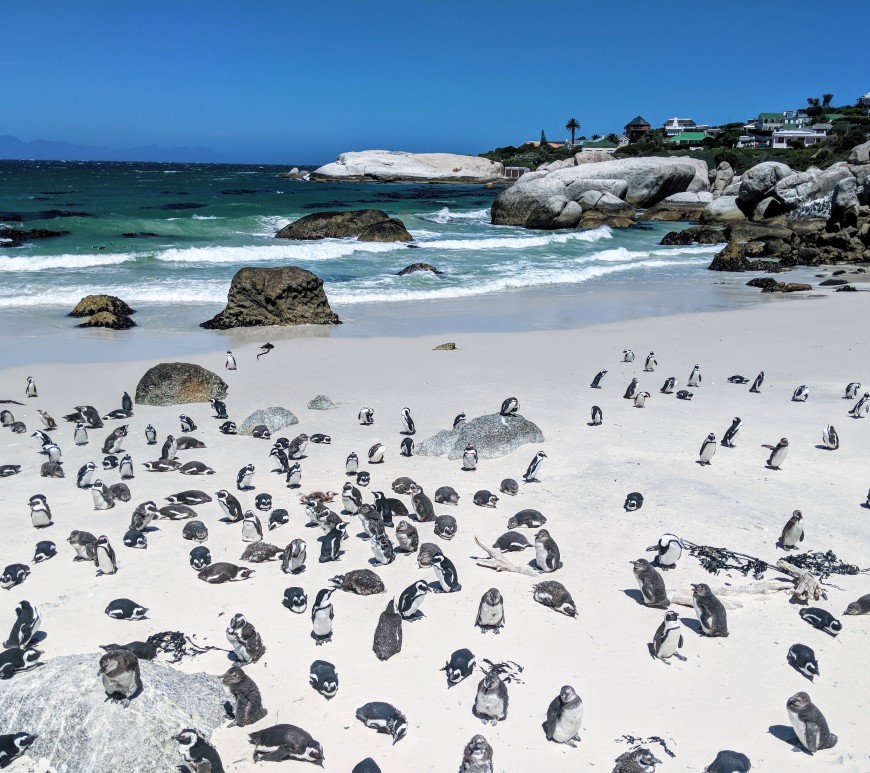 I discovered yesterday, flipping through my guide book as I sheltered from strong winds and flying sand in a bar in Hout Bay, that there is a penguin colony on the Cape Peninsula. Obviously this rocketed straight to pole position on my list of things to see while on the Cape, so I dedicated the hour before I went to bed to trying to work … END_OF_DOCUMENT_TOKEN_TO_BE_REPLACED 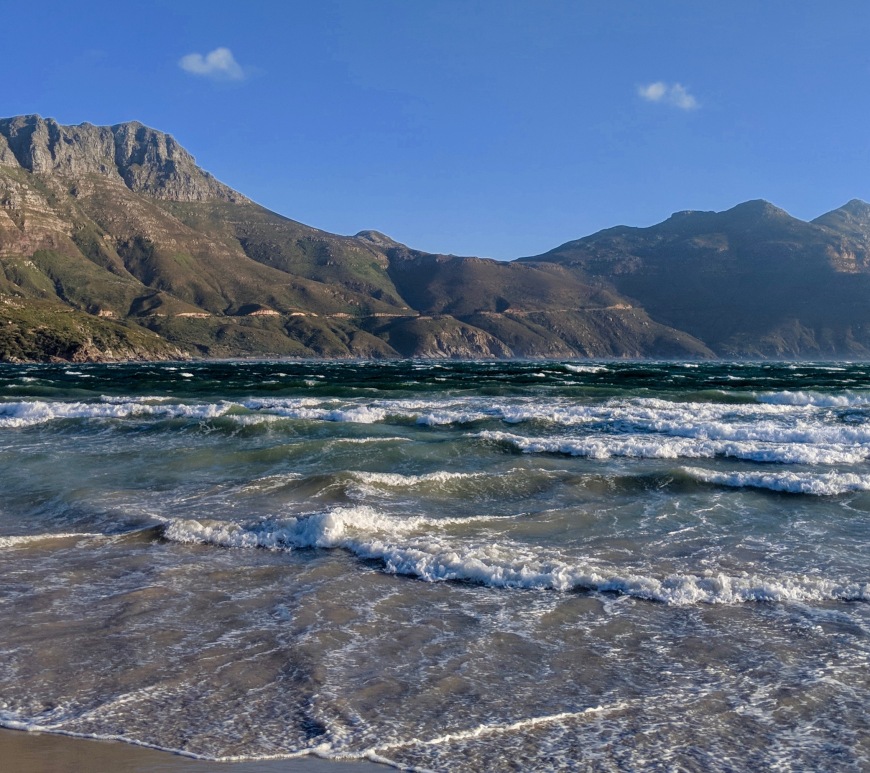 7:13am, Cape Town: I was woken by a strange rumbling noise and made it to the patio door just in time to see half of the furniture from the rooftop deck sliding past my room. It was as the last chair flew by and its cushions were whipped into the air and over the side of the building that I knew today was going to … END_OF_DOCUMENT_TOKEN_TO_BE_REPLACED Yes that’s the genuine official name of today’s destination. A valiant joint effort from the dude who named the river, and the other dude who named a section of deepwater plunge pools somewhere up it. I won’t lie to you, its vaguely suggestive naming did play a crucial role in motivating us to visit The Crack at Wet Beaver Creek (i’m going to keep saying … END_OF_DOCUMENT_TOKEN_TO_BE_REPLACED 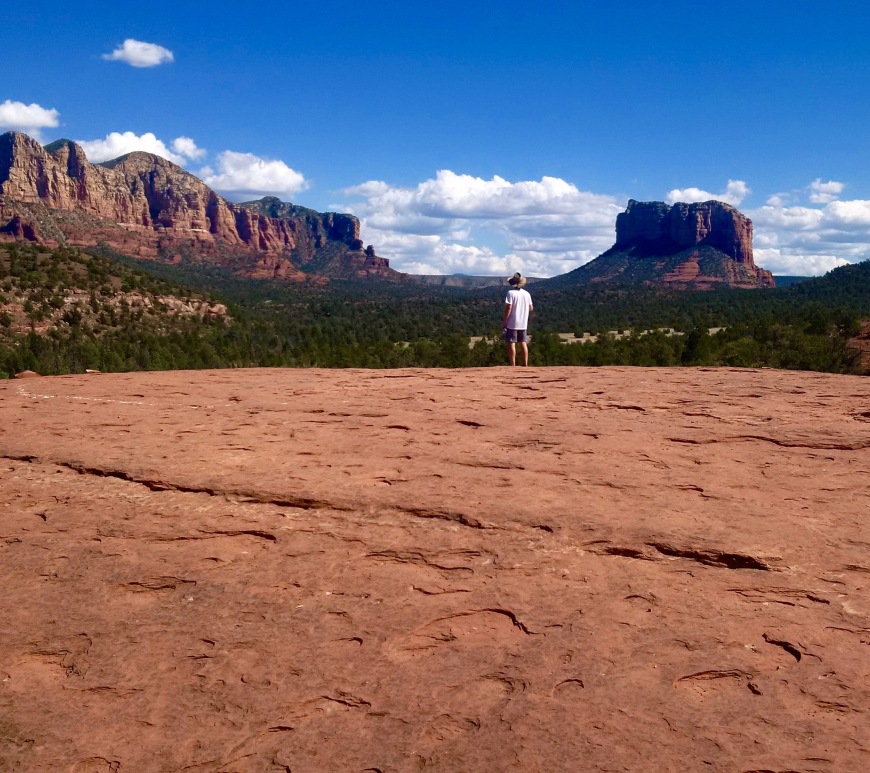 This morning we hiked up to Devil’s Bridge and became suitably enamoured with what this section of Arizona has to offer. After stopping off in the civic heart of Sedona for hydration and the procurement of a Stetson (obviously), we drove out about 15 minutes to the trialhead at Cathedral Rock for some more. This is Cathedral Rock. At this point we’re probably about half … END_OF_DOCUMENT_TOKEN_TO_BE_REPLACED 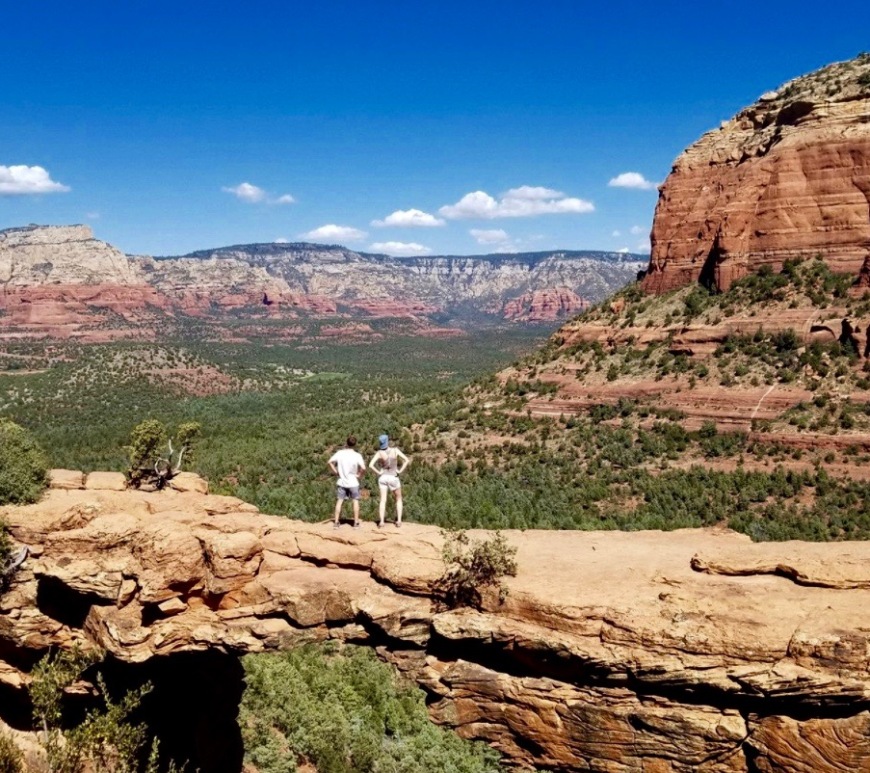 If ever you find yourself in Sedona, Arizona, the first thing I would probably suggest you do is go to Nick’s on the West Side and get breakfast. With a bloody. You’ll be needing the carbs for the hiking that presumably you came all this way out into the desert for – and getting a good measure of vodka in you first thing in the … END_OF_DOCUMENT_TOKEN_TO_BE_REPLACED