It’s a beautiful day in Boston!

I arrived late last night, and meandered my way through the city to from the central bus station Chinatown where my hostel was. This was my first solo hostelling experience, and on arrival I was not disappointed. The hostel was brand new, with a big open common area on the ground floor and a sort of nouvelle-industrial look going on throughout. The dorm was nice. Modern and clean, with secure storage and big windows. I have three days in this city, so I figured as it was already late, and I didn’t want to be that girl that keeps coming in and out when other people are trying to sleep, I would jump into my bunk and get some beauty sleep. 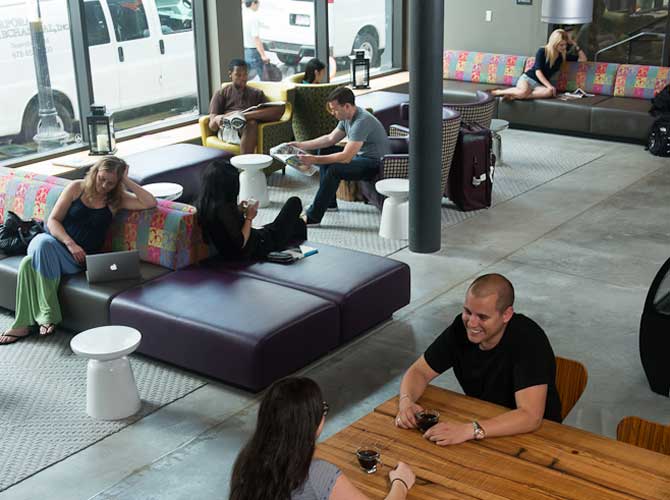 And I was going to need that sleep too, because today I am walking the Freedom Trail! This is basically a really long tourist trail that winds a path through Boston going through all of the City’s main historical attractions. The trail is great for people like me whose navigation skills might be considered to be lacking, as the whole thing is marked on the pavement in the form of red brick. Easy. The trail starts from Boston Common, which is just up the road from my hostel. Lets go! 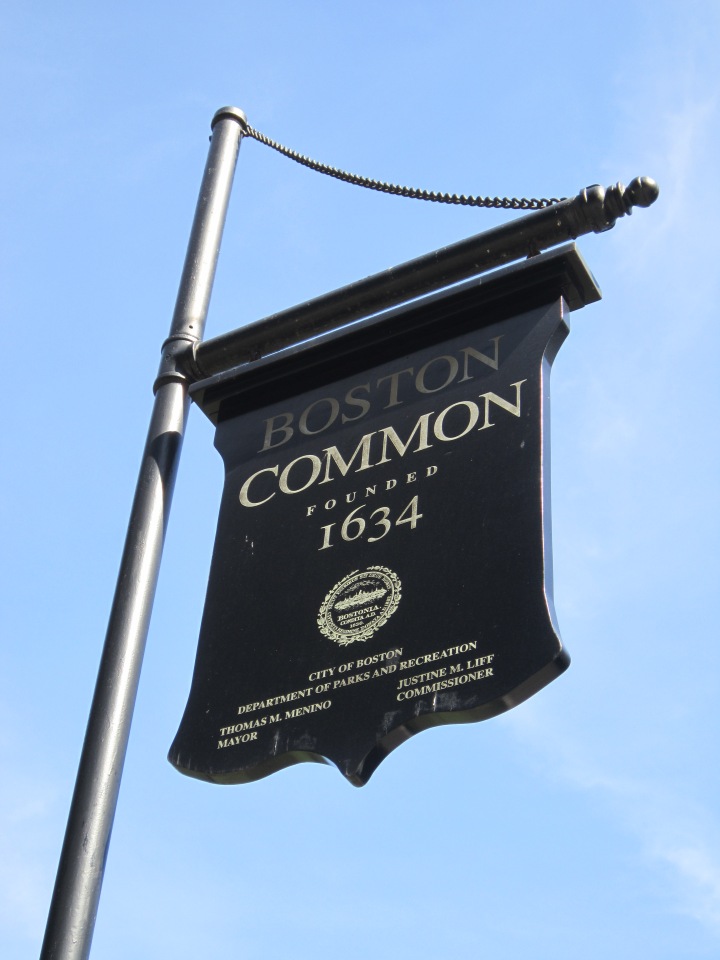 If you can’t identify Boston Common as the huge expanse of grass that appears right in the middle of the City, don’t worry, it is clearly marked out with lovely ye olde signposts. In the park, near where the trial begins is a wee tourist information shop where I buy some postcards (and a much-needed map). I spy the start of the trail, a gold plaque on the ground with a narrow red brick path leading from it. I start walking.

In case you were wondering what the trail actually looks like then here is a wee example: 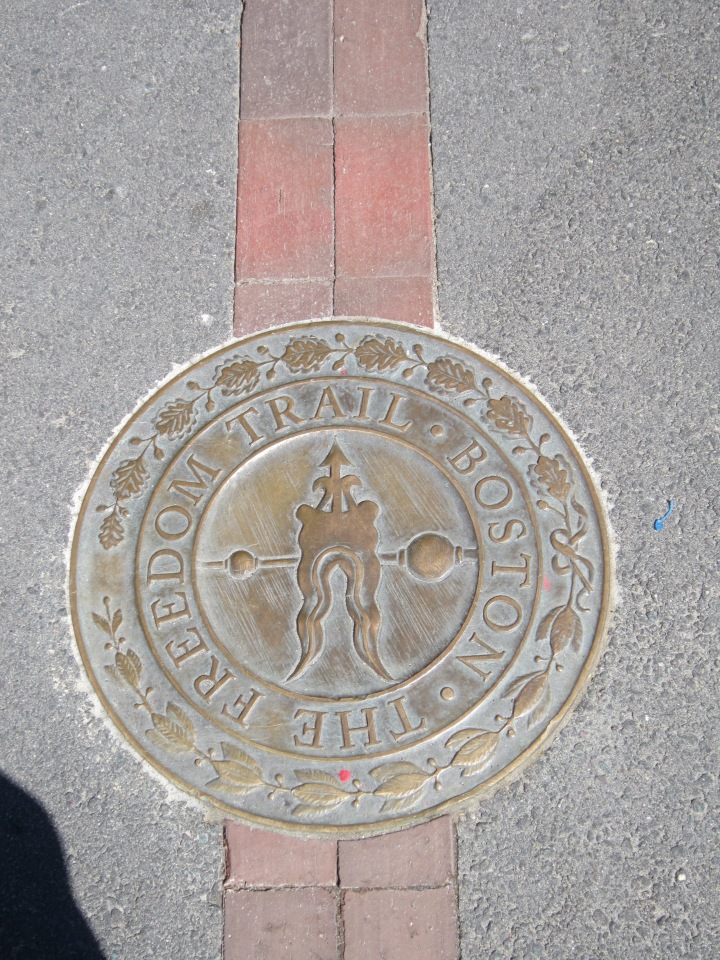 After the Common, the next sight to see on the trail is the Massachusetts State House, housing the government of the Commonwealth of Massachusetts. Its dome, gilded in $300,000 worth of gold leaf, is apparently topped with a pine cone. lovely. 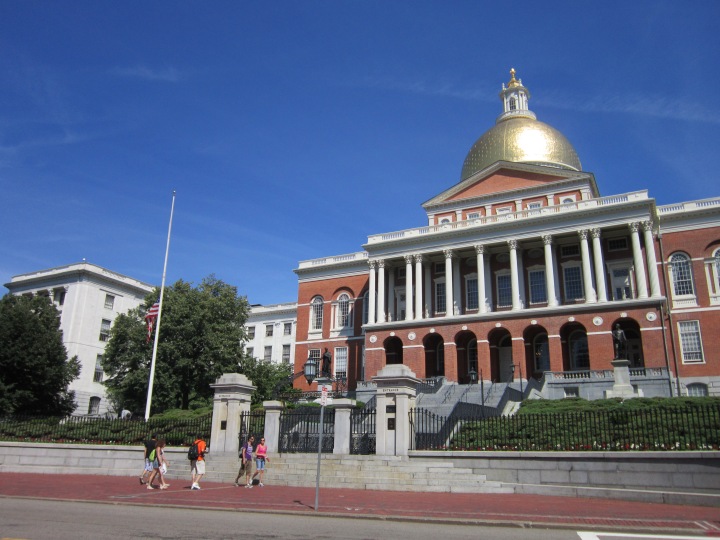 Continuing along the trail, the next attraction is Park Street Church, founded in 1804 by the “Religious Improvement Society”. Its 217 ft steeple made it the tallest building in the United States from 1810 to 1846. Adjacent to the church is the Granary Burying Ground, the third oldest cemetery in Boston. Boston legend Paul Revere is buried here, as are the victims of the 1770 Boston Massacre. The cemetery is also the resting place of the family of US Founding Father, Benjamin Franklin. (The links are to facilitate your learning about these really cool people) 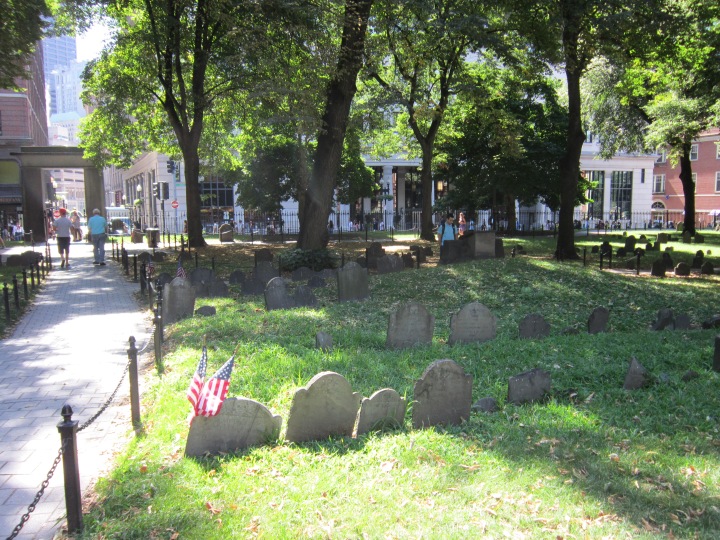 Next is another churchy one, the King’s Chapel, built in 1749. (well, technically it was rebuilt in 2001 after it burned down, but we won’t tell anyone. Although maybe that’s why it looks so clean..) 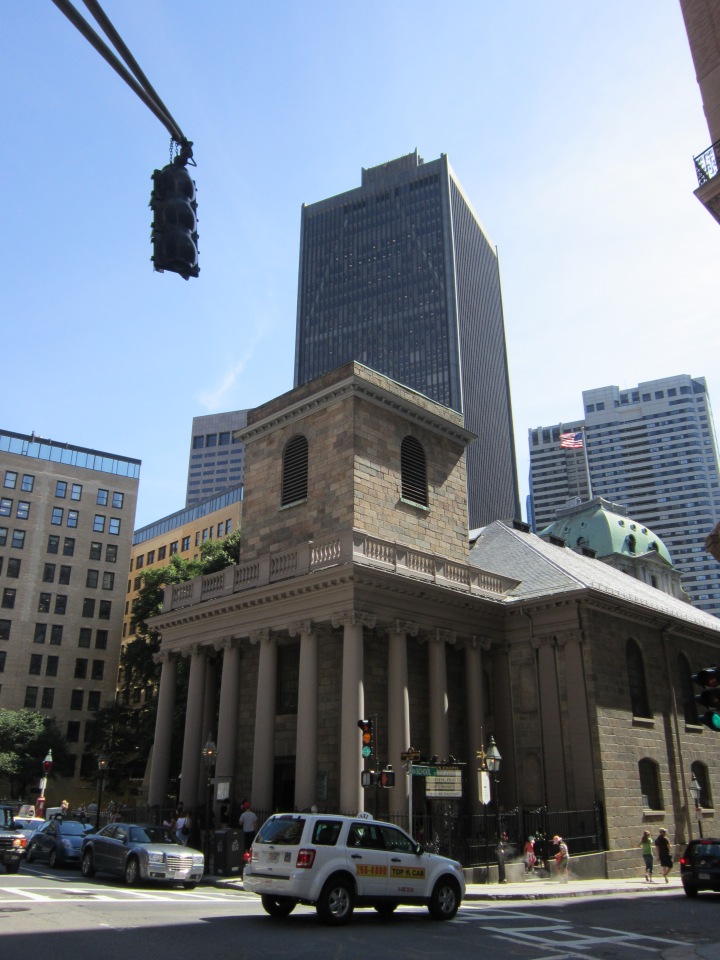 I went inside and it’s super cool. It has booths. 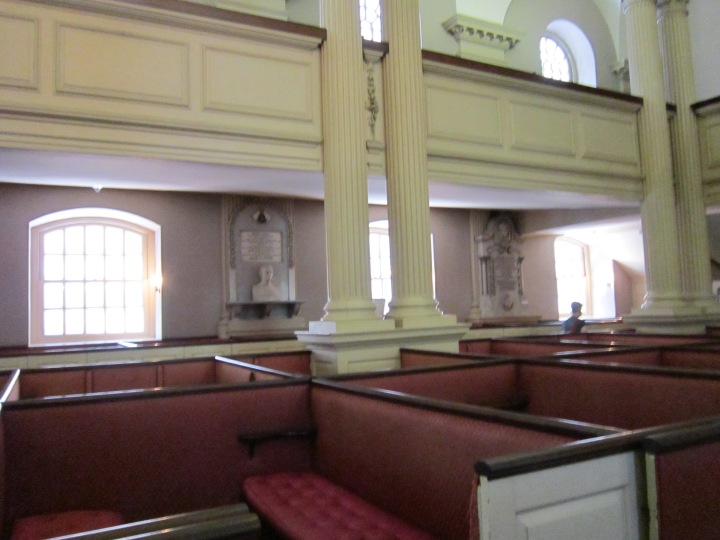 The Chapel also has a cemetery adjacent, Boston’s oldest, but at the risk of over-morbidising this blog, I will leave that up to your imagination. Next on the trail is a statue of Benjamin Franklin that I somehow failed to take a photo of, and the Old Corner Bookstore, a beautiful red brick building once the home of puritan Anne Hutchinson, since then serving various historic functions (apothecary, bookstore, diamond merchants) and now housing a franchise of the  Mexican food chain Chipotle..

The Trail then leads us on to the Old South Meeting House, which became famous as the organising point of the Boston Tea Party in 1773, and the place where the annual commemorations of the Boston Massacre were held until 1775.  It is also quite churchy. 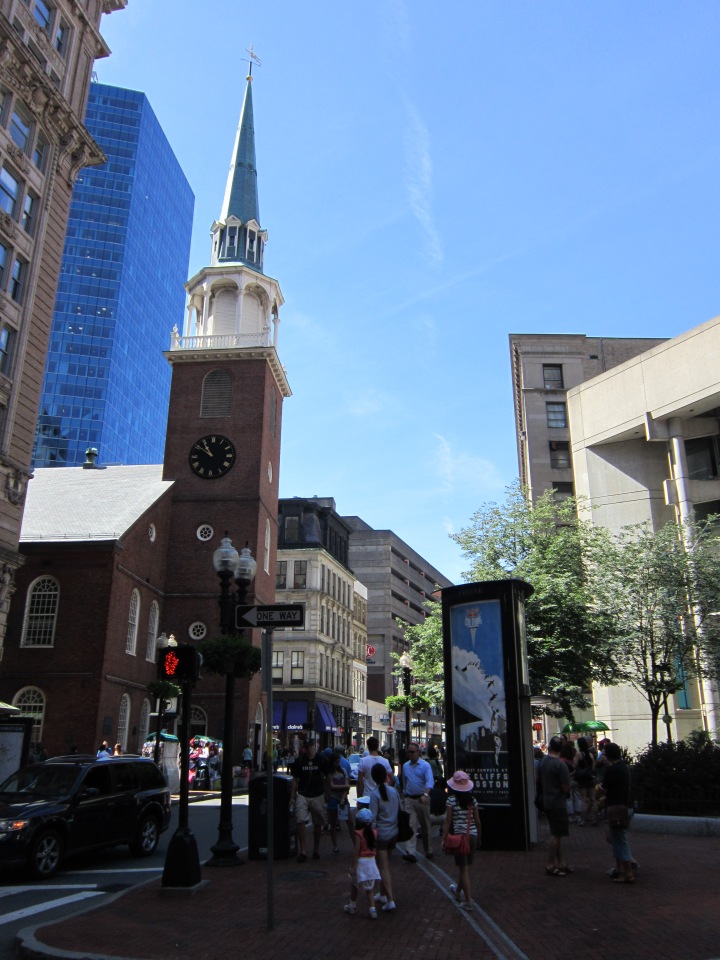 Just past the Meeting House is the Old State House (as opposed to the New State House that we saw earlier). This building was the seat of the Massachusetts legislature until 1798. Having been built in 1713, it is the oldest surviving public building in the whole of Boston.

Right in front of the state house is the site of the Boston Massacre, an incident in 1770 where, amid a tense political climate brought about by unpopular taxation policies by the British Parliament, British soldiers opened fire on a restless crowd, killing five Boston civilians and injuring six others. There is a large memorial on the ground outside. but there’s loads of people standing on it. I’ll come back at night when it’s quieter and take a photo worthy of your attention!

Actually I’ll post it here now to aid continuity of the trail! Isn’t it nice? 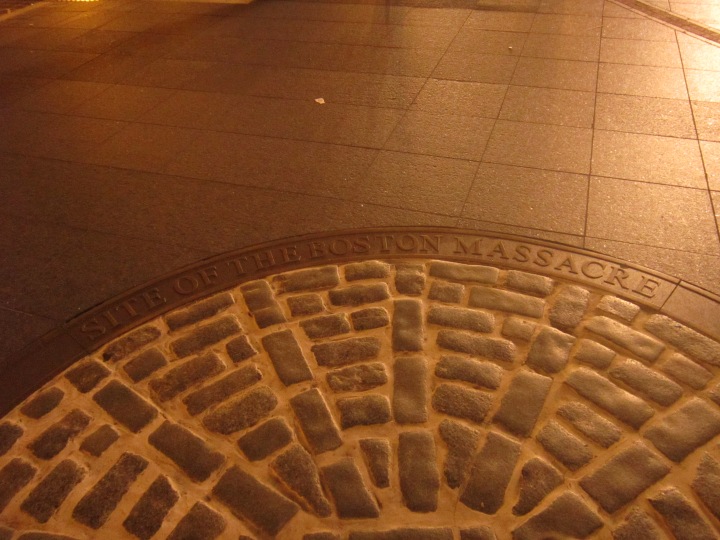 Unfortunately I skipped out Paul Revere’s House as you have to pay to get in and I am poor. But next on the trail is the magnificent Faneuil Hall, which is apparently the 4th most visited tourist attraction in the USA. The building has served as a marketplace and a meeting hall since 1742, and is now part of a larger market complex including the famous Quincy Market, which sits directly across the square. 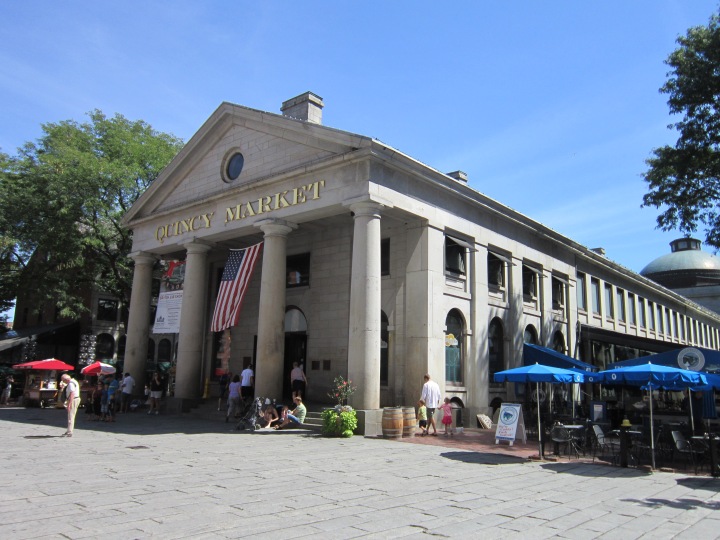 Stepping inside Quincy Market building is stepping into American culinary paradise. It’s a huge long granite building, dedicated solely to food. There are food stalls as far as they eye can see, ranging from bagels to lobsters and back again. And the smell is phenomenal. I think it’s lunch time. 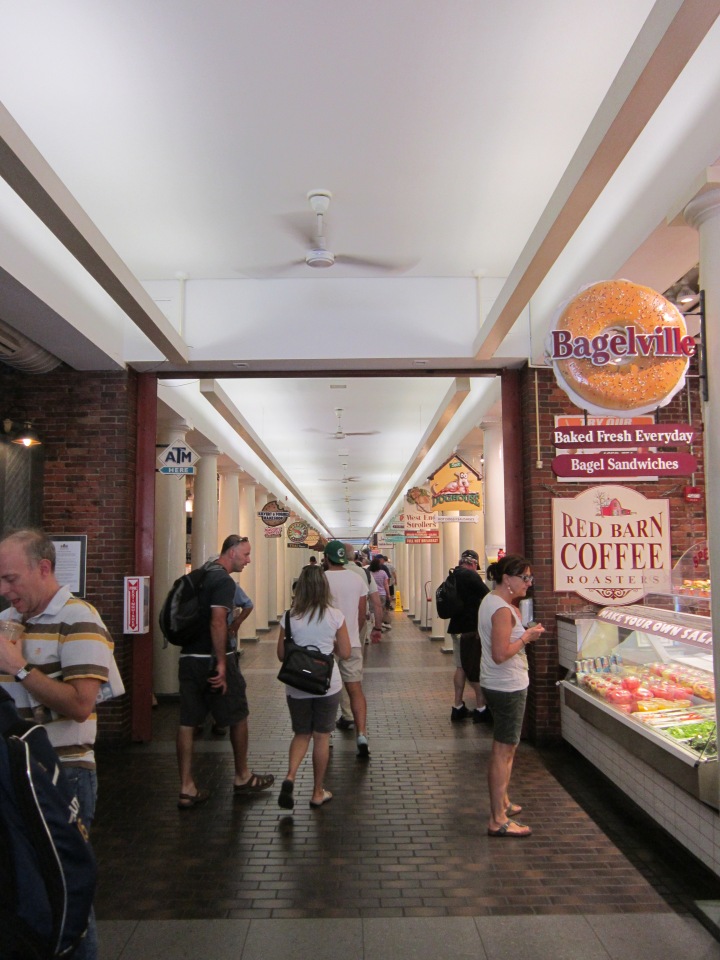 I grabbed an oozy bagel to eat on the move (we still have a lot of ground to cover). Before we continue down the red path, though something that just off the Trail has caught my eye. 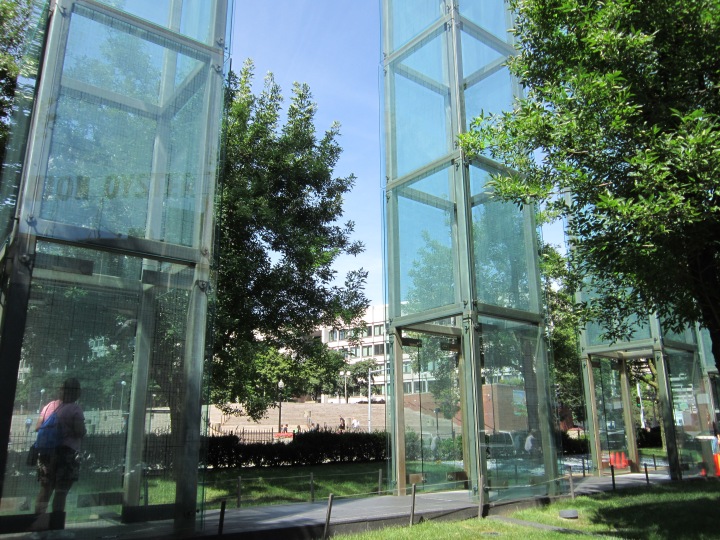 This is the New England Holocaust Memorial, and it consists of six glass towers, upon which are etched numbers which represent the millions of Jews that were killed in the Holocaust, with each tower representing one of six major extermination camps: Majdanek, Chelmno, Sobibor, Treblinka, Belzec and Auschwitz-Birkenau. You can walk through them and read all of the numbers. There are a lot of numbers.

Back on the Freedom Trail, the next historical attraction is the Old North Church, but first we cross through the North End section of the beautiful Rose Fitzgerald Kennedy Greenway, a linear park that snakes its way through the City. I may have walked through the fountain. What? it’s HOT! 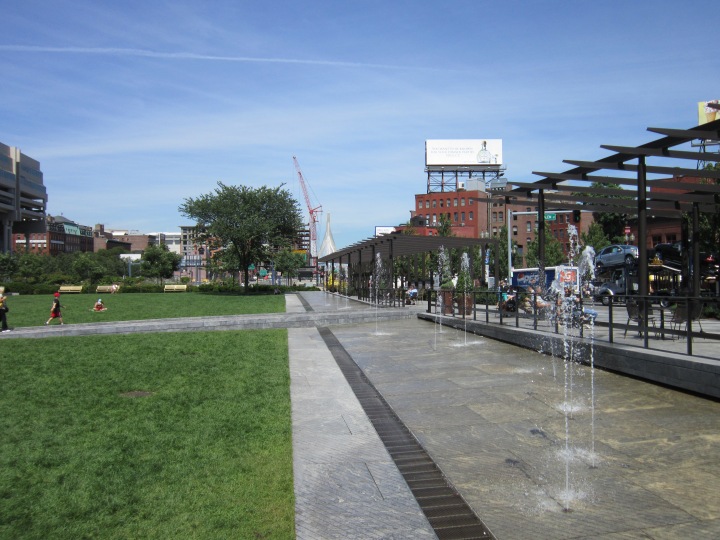 Anyway, we’re in the North End now, and it’s time to see the Old North Church. You know how much I love a good church, and this one is the oldest one in town. It’s also the place where the famous “One if by land, and two if by sea” signal was sent before Paul Revere’s Midnight Ride and the battles of Lexington and Concord in the American Revolution. Speaking of Paul Revere.. He has a lovely statue right in front of the Old North Church.See them both in the picture below. #twobirdsonestone 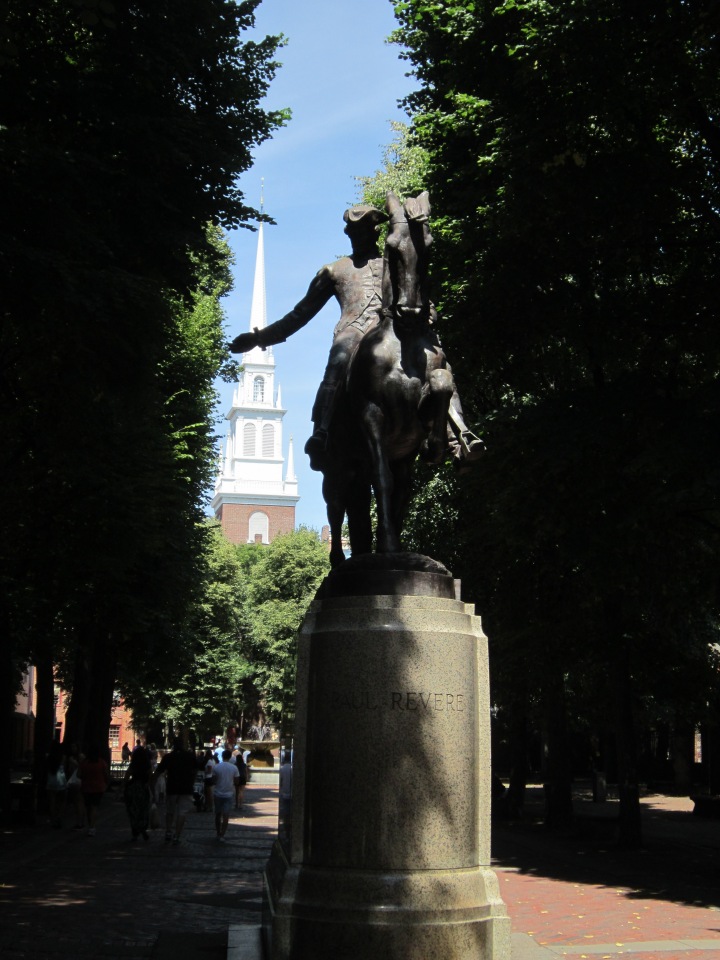 Next on the trail was another cemetery (Copp’s Hill Burying Ground). With graves and stuff. Skipping over that takes us nicely to the penultimate feature of today’s trail-walking adventure. The Bunker Hill Monument. Built to commemorate the Battle of Bunker Hill. The monument is actually not on Bunker Hill, but Breeds Hill (where, confusingly, the Battle of Bunker Hill actually took place). Anyway, it’s a really tall stone obelisk that you can climb, and there’s four windows at the top that you can look out of. 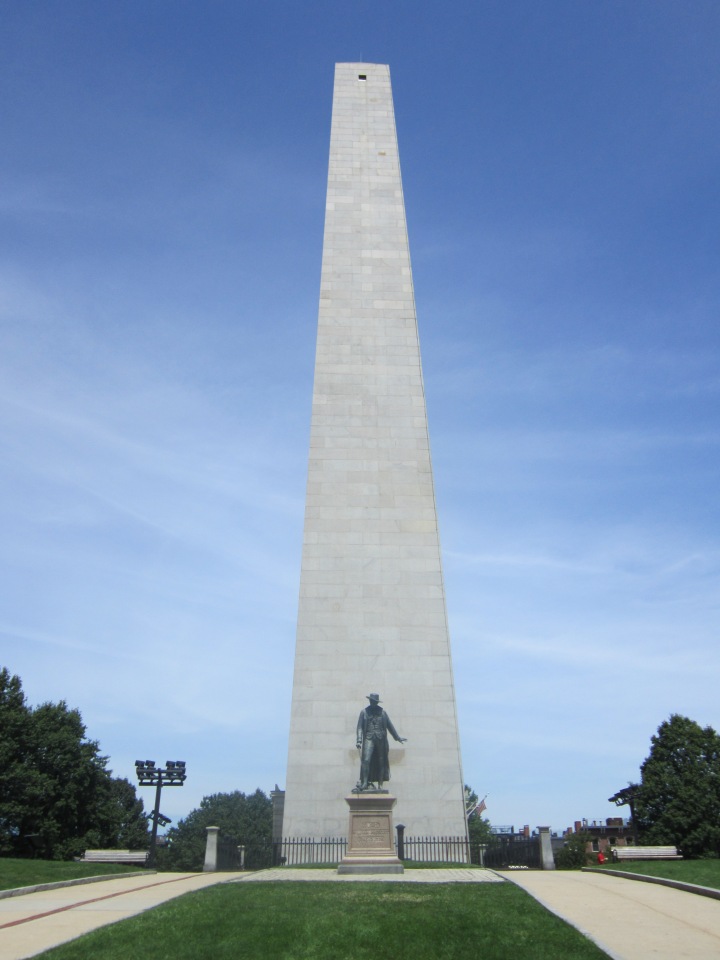 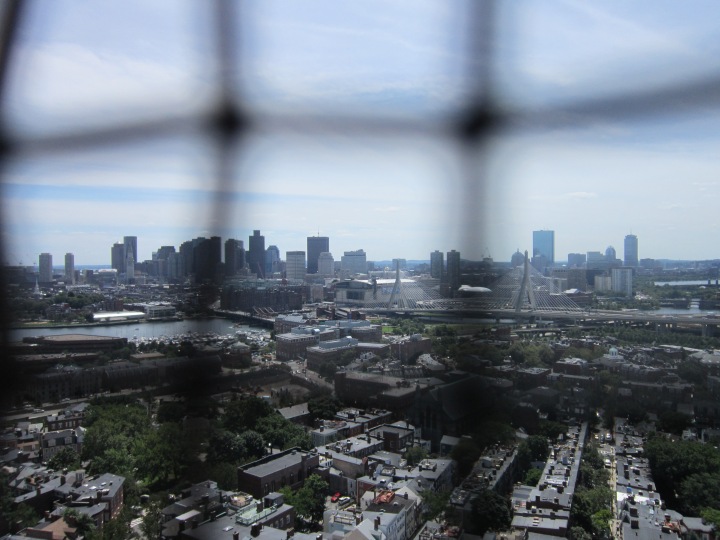 So what is the final item on the Freedom Trail? For this tall-ship loving tourist it is the perfect ending to a great day out: USS Constitution. Named by George Washington himself, she was launched in 1797 by the US Navy and is a wooden-hulled, three-masted, heavy frigate. And if that wasn’t enough to satisfy me, one of her fist duties as a commissioned vessel was to defeat the Barbary Pirates in the First Barbary War. I Love a good pirate story and I can’t friggin’ wait to get on this boat! 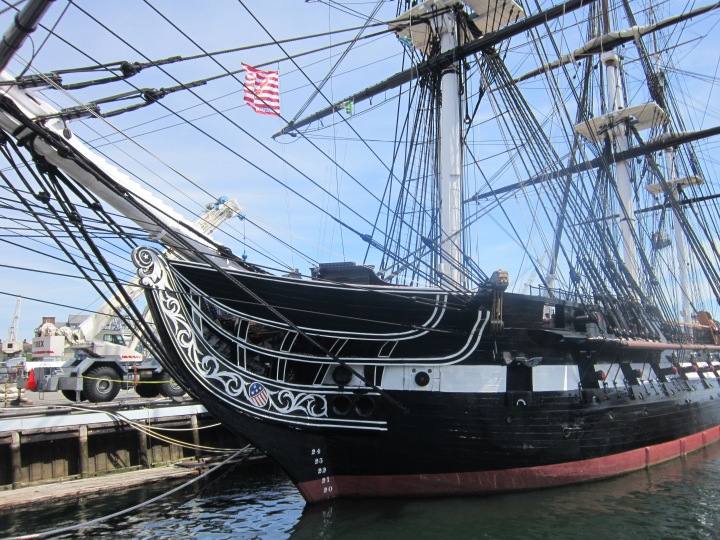 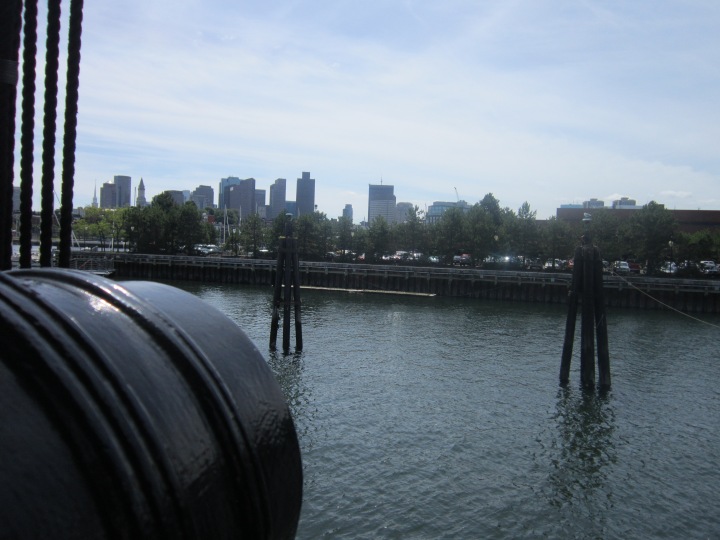 And, THAT, my friends, was the Freedom Trail. 17 historical attractions to see and learn about, all whilst walking about in the sunshine eating and topping up the tan. But, as you can tell by the colour of the sky in those last pictures, there is plenty of day left. I’m glad I bought that map, because I’m gonna go off-piste on the way back. No more little red line!

So what did I get up to on my way back to Chinatown? I boarded World War II destroyer USS Cassin Young and looked at her big guns. 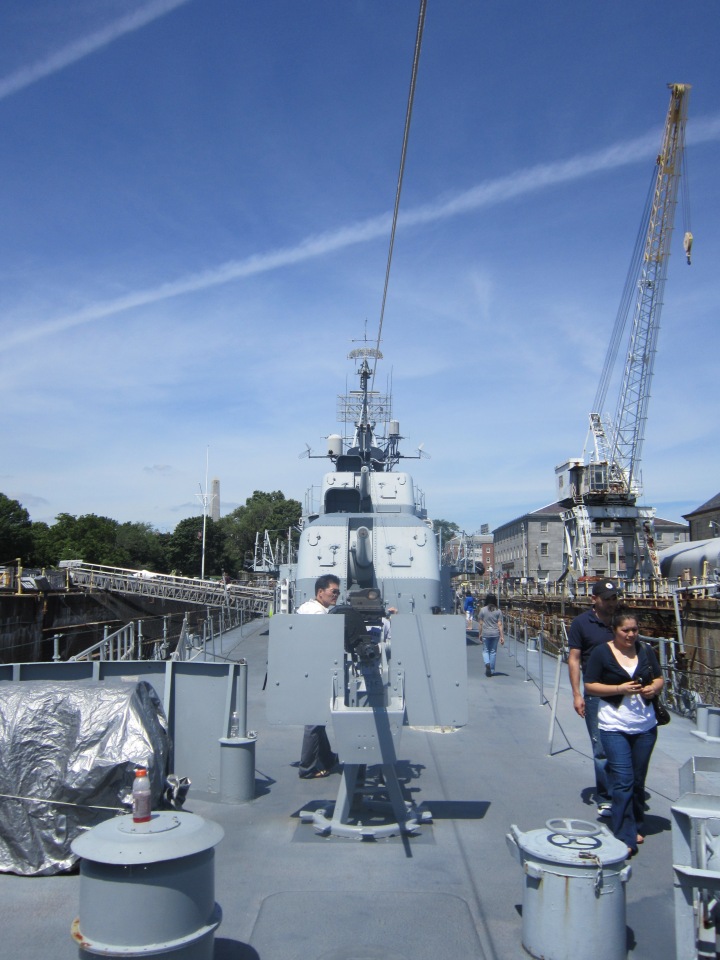 … I went to Charlestown to see what all the fuss was about. It certainly wasn’t as exciting as Ben Affleck made it seem in The Town, and I didn’t witness a single armed robbery. I guess this sundial will have to do… 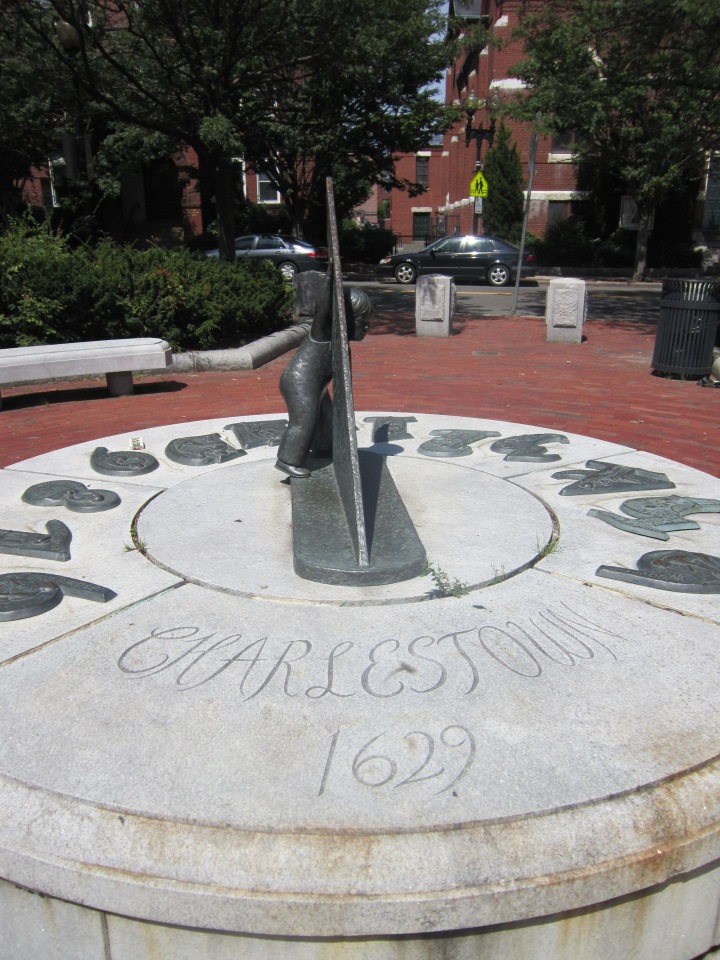 …I took a gander over the stunning Zakim Bridge and looked at the pretty boats in Boston Harbour. And watched the police cruisin’ about… 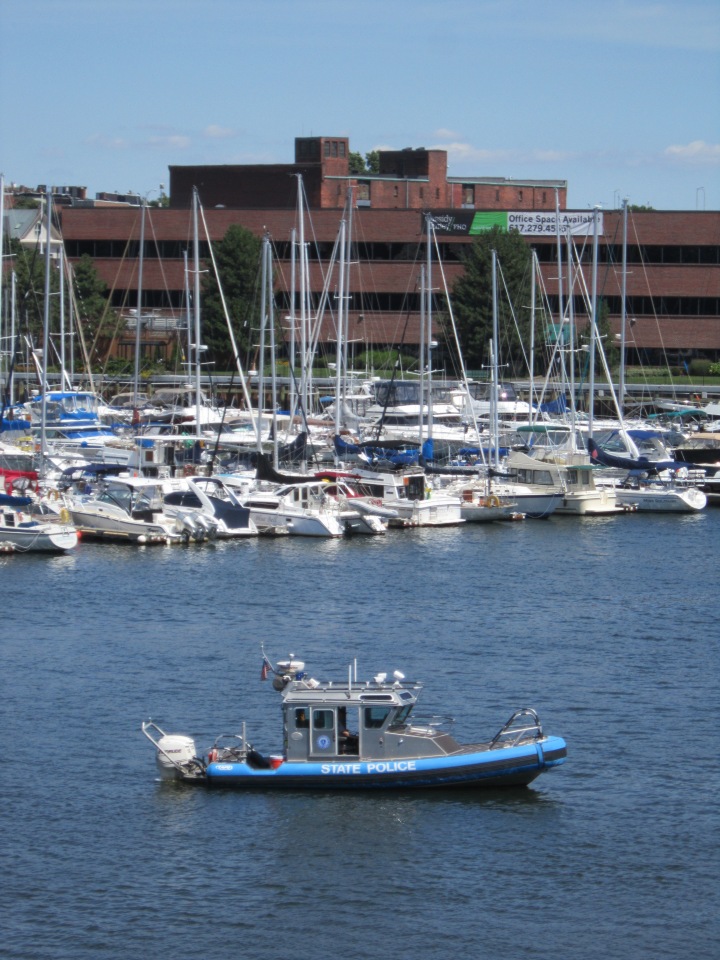 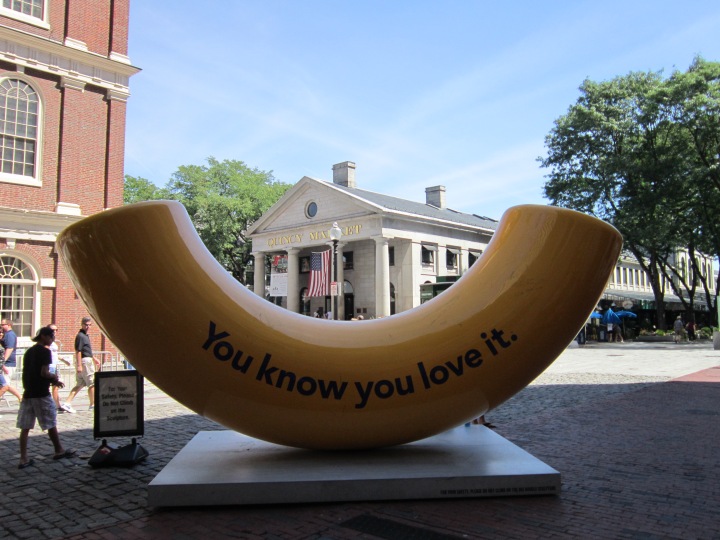 …and took a bunch of photos of buildings I considered to be of architectural interest. 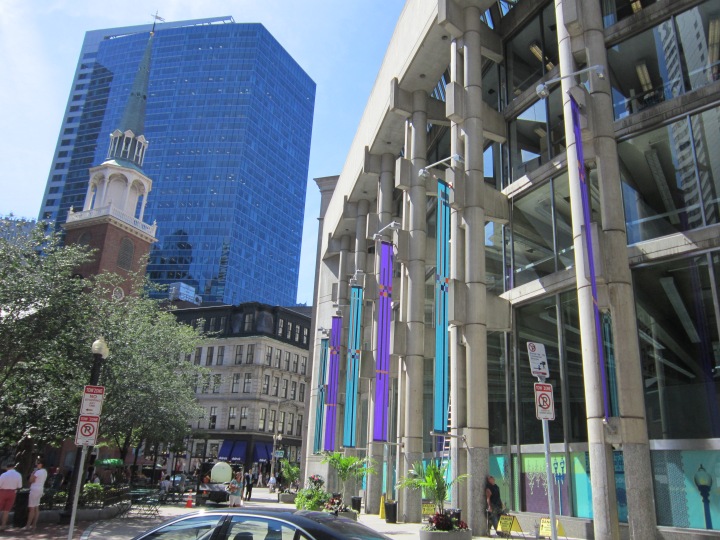 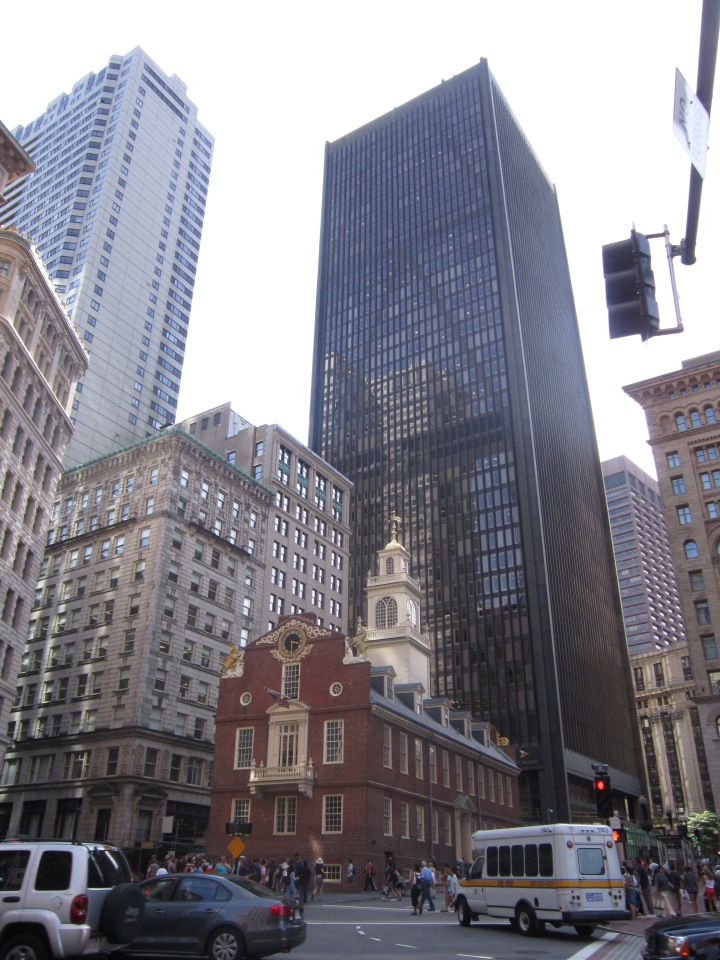 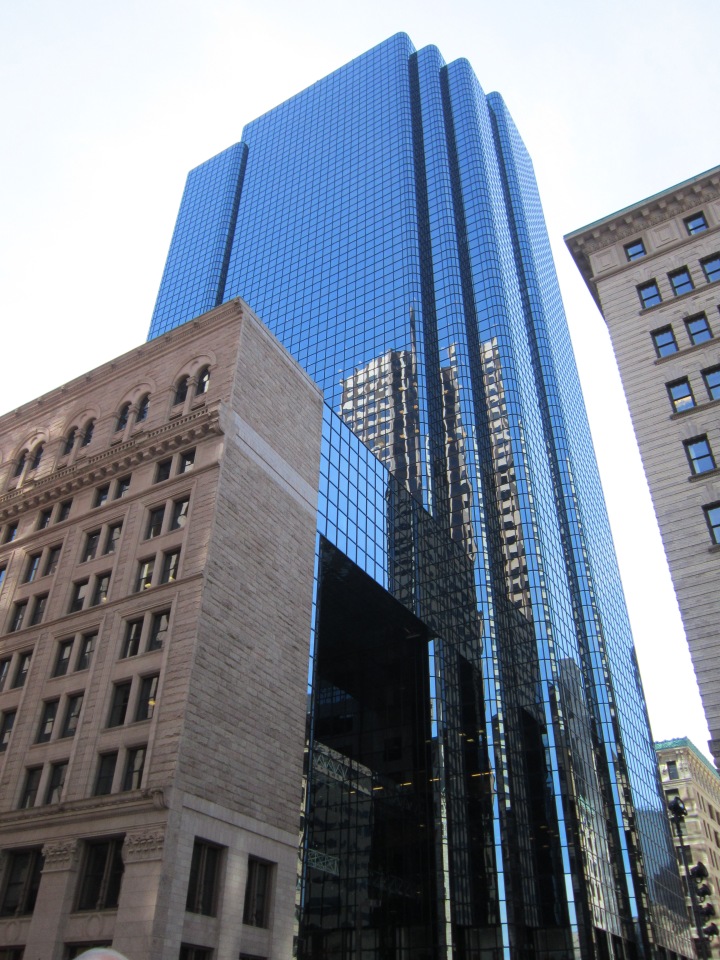 I went back to the hostel and found to my delight that it was the night where the city’s Girl Scouts come and make us poor, weary travellers food for free. I will be eternally grateful to those scouts for that excellent plate of pasta, a salad and cake. I ate my pasta, managed to narrowly  avoid being roped in to the hostel’s bowling, excursion, and was out in the City again just in time to catch the sunset over the common. 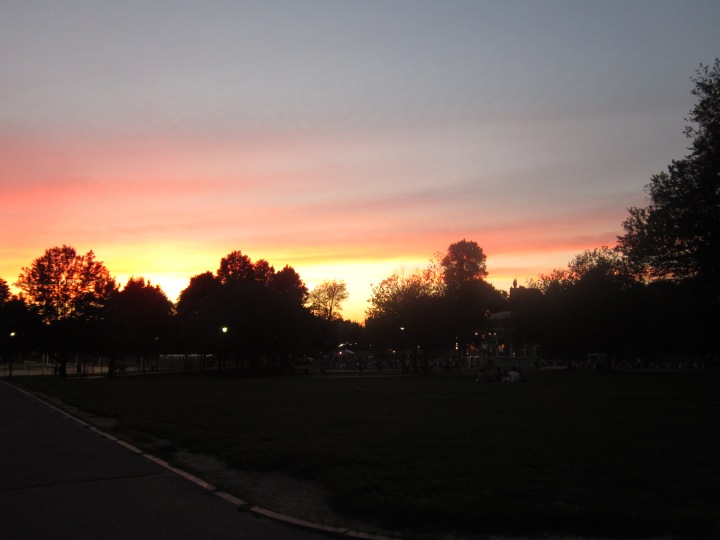 …and went for a wee spot of night-exploring. Because (regardless of my camera’s ability to capture it) I think everything is more beautiful at night. 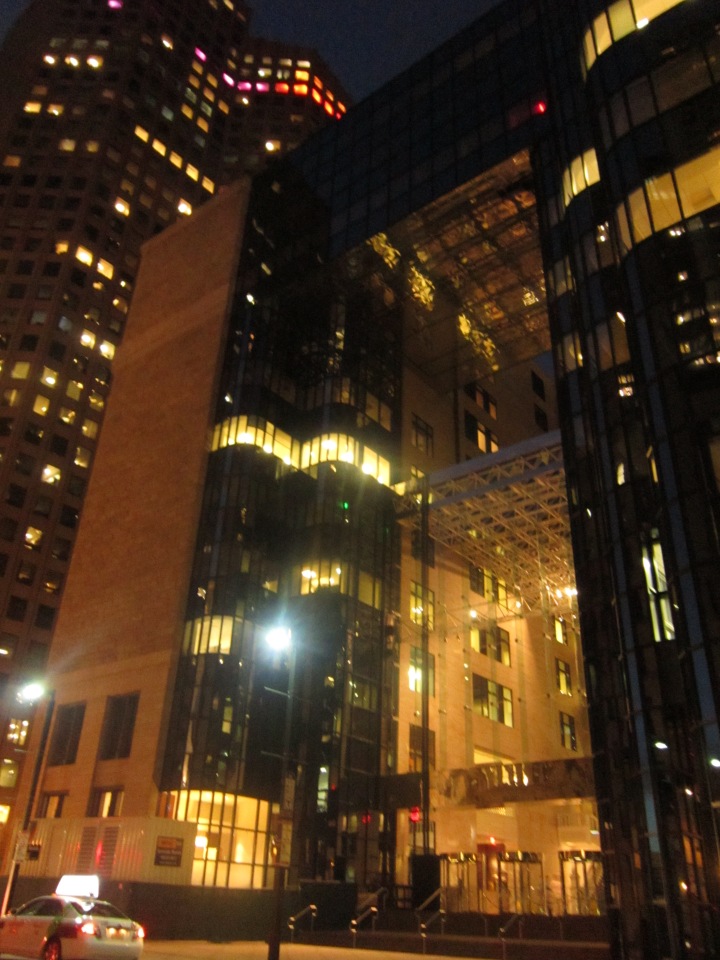 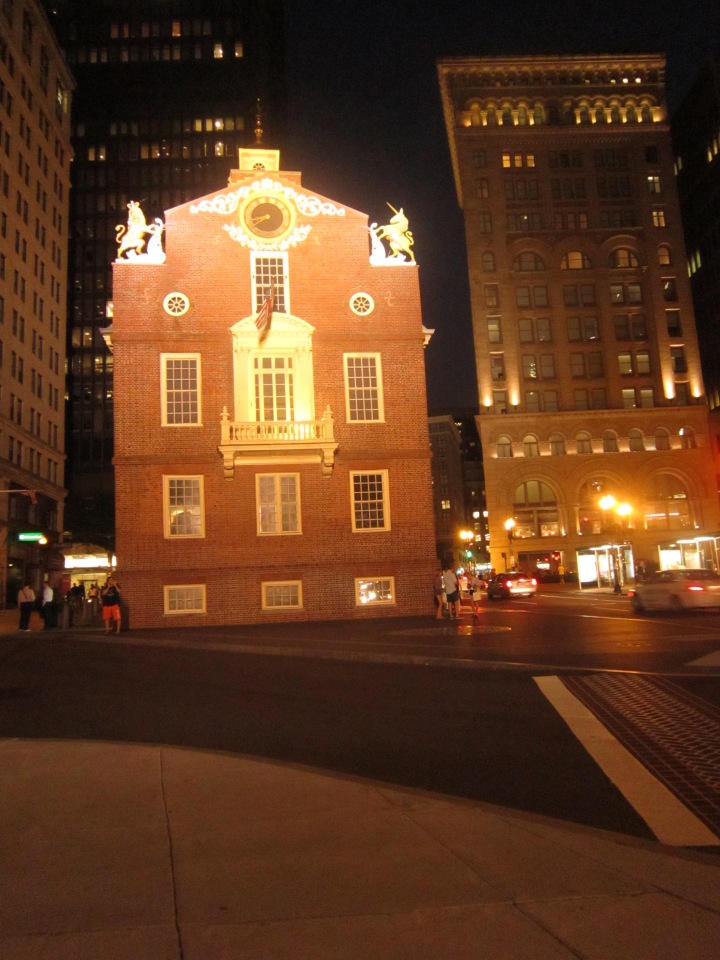 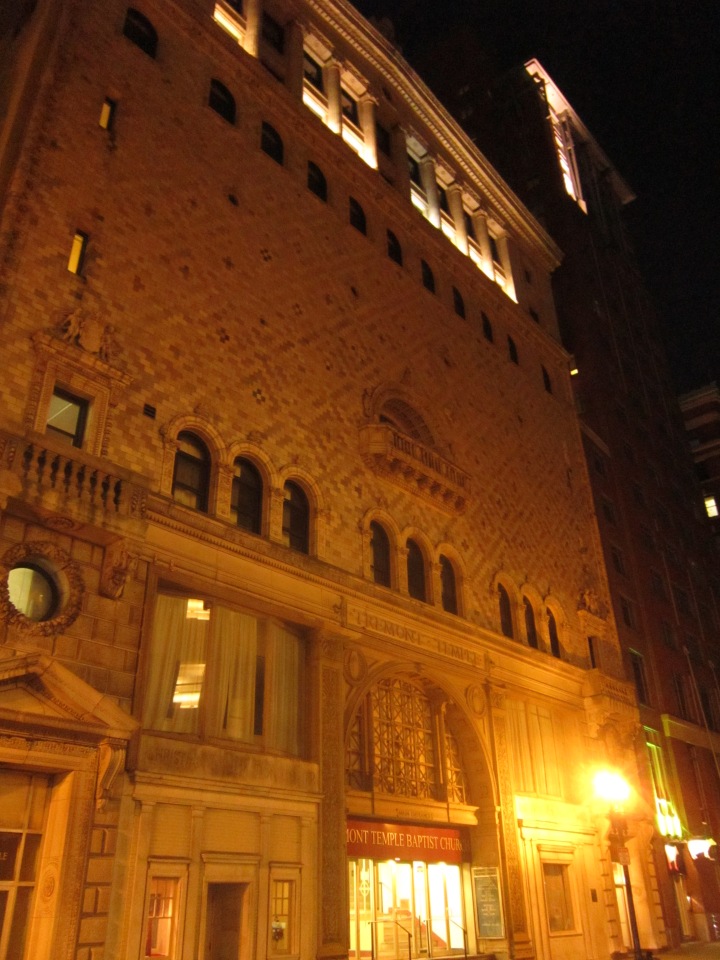 And then home. Good night Bostonia. See you in the morning.