I remember watching Friends and other apartment-based American sitcoms as a youth and being slightly sceptical of the premise that there were all these apartment buildings in big cities filled with people that actually hung out with each other. I remember moving into my first landlord-rented apartment in 2010 and, in the two years I lived there, having a grand total of zero instances of communication with any of the people from the five other units there were in the building, other than the time the guy below put a post-it on our front door saying “if you want to party, go out”. I found it the morning after, he didn’t even knock. Then I moved to Chicago, and every preconception I had about neighbourly interaction was turned on its head completely.

The Castle, as the building is fondly referred to by its residents, is a four storey new-build in the non-identified neighbourhood zone between Humboldt Park, Wicker Park and Ukranian Village in Chicago’s West Town. It’s structure follows that of many mid-rise apartment buildings; two two-storey 3-bed units on the ground level (1N & 1S), two single storey 2-bed units on the middle level (2N & 2S) and two single storey 2-bed units on the top level (3N & 3S). I moved into apartment 3S. Yep, these days if it’s not the penthouse I ain’t interested.

My first few weeks in The Castle were fairly uneventful. I got to know my new roommate, Sam, and he introduced me to Alex and Evan, a couple of Wisconsin-bred, die-hard Packers fans living in apartment 2N, and Evan’s lovely girlfriend Tara who lives with them. We hung out a few times, drank a few (many) classy American light beers, watched some football, went for dinner with some other people etc. All fun but nothing really noteworthy.

One sunny Sunday afternoon about a month into my stay, I heard what sounded suspiciously like frivolity coming from the gated car park behind the building. Upon stepping out on to the back steps to investigate, I was greeted by all three occupants of 2N, had a beer thrust into my hand and was invited to partake in the culturally-significant Midwestern pastime of “bags” where you try to throw a bean bag into a board with a hole in it. A few beers later, the occupants of 1N appeared. Melissa, Paul and their two great kids joined in the fun and games and we all finally got to know each other properly. Turns out they actually own the apartment I’m living in. Good to know. Turns out they’re also a lot of fun. Next to arrive is my roommate Sam, and someone takes a trip to the liquor store to buy more beer. By now the game of bags has been abandoned and we’re just standing around chatting, drinking and enjoying last of the unseasonal evening sun. Another face appears in the form of Pete, resident and owner of apartment 1S, whom I’d said hi to taking out the trash but not much else. Then his roommate (also called Sam, who I had never seen before) arrives and he too stays for some beers. Both are awesome people. Finally, a car I’d never seen before pulls up into the car park, stuffed to the brim with stuff. Turns out this is Steph, the third and final roomate in 1S, movng in for the first time and getting perhaps the best introduction to a new building that there has ever been. Within minutes of her arriving we had all formed a slightly tipsy human chain, successfully emptied the contents of her car into her new place (a job which would have taken her hours), given her a beer and welcomed her into the building. “Do you guys do this every Sunday?” Was her first question. We do now.

And yes, from then on building bonding went into overdrive. Thanks to that one evening where we all managed to cross paths and meet properly, we’d all made the mind-blowing discovery that, behind those white doors we walk past every day, were interesting, pleasant, alcohol-loving humans that we actually enjoyed hanging out with, and that we could enjoy hanging out with without even having to put shoes on. With a Chicago winter looming, this was looking like a very convenient scenario indeed.

Pete’s birthday was the following week, and he held a splendid party in his apartment to which he, naturally, invited all the newly-acquainted Castle residents. It was at this event where I met the final member of the Castle Crew, the icing on the Castle Cake and one of the coolest gents I have ever had the pleasure of meeting, Haresh from 2S. I think, although it is hard to tell, that Haresh is in his 60s. Originally from Bombay, India, he was educated in England and spent his career working up the ranks, and then becoming editorial director of, International Playboy. This dude has lived all over the world and has some fantastic stories to tell about his work, his travels and his adventures. He also has a highly entertaining and very successful blog called Playboy Stories: Tales from My Fun Filled Years at Playboy , which I really encourage you to check out.

Since then, the building has just had this really good vibe. Everyone comes and goes from each other’s apartments with food and drink, we started a Whatsapp group chat to share all sorts of nonsense on, and do vital things like sort out which apartment the Packers game will be watched at (Packers football is very important at the castle..see below pic), and organise the occasional excursion. 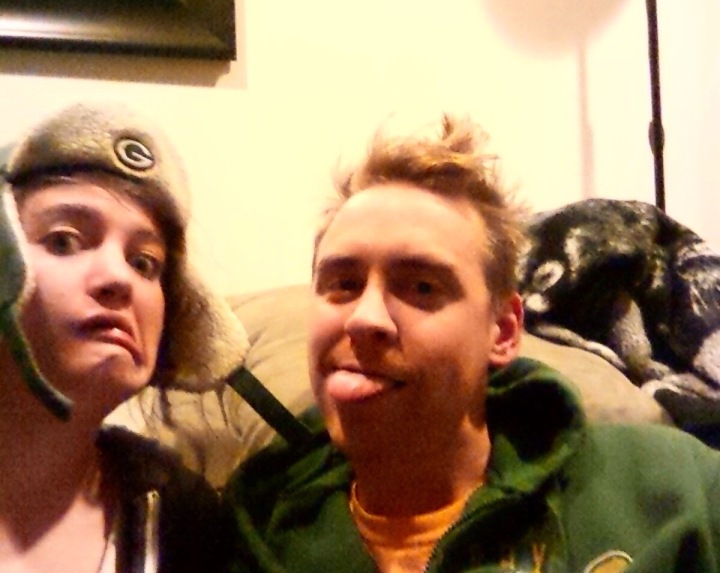 Mostly, though, everything is pretty spontaneous. One person will pop upstairs for a chat, then someone else will join, and before you know it someone’s brought 30 Rolling Rocks and there’s a full fledged party going on. And castle parties, once they’re in full swing, go on and on and on because nobody has to worry about having to get themselves home at an ungodly hour. There are no walks of shame at the Castle.

Parties in apartment 3S normally end up with the boys playing some very competitive games of Loopin’ Louie.

BUT, it’s not all about the parties either. At Christmas, Tara organised a building-wide secret Santa that, against all odds, actually materialised into something. When it came to gathering in 1S for an evening of present-exchanging and general merriment, nobody was left gift-less and everybody managed to keep it a secret right up till the end. 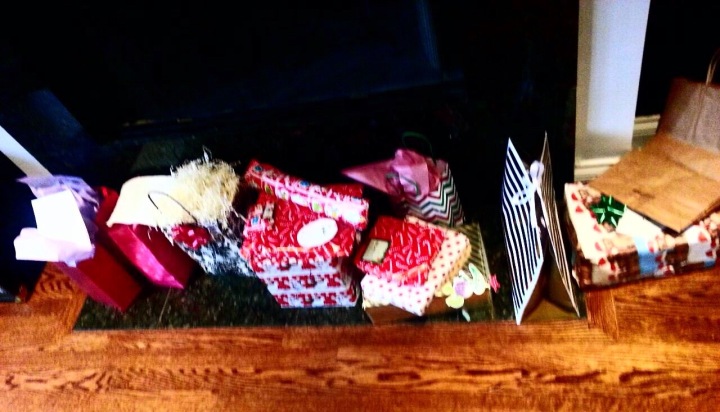 Good gifts were given all round. I got a copy of Groundhog Day and a Chicago Bears t-shirt and was pretty happy, but it was fun just sitting in a circle watching people open presents and trying to guess who got what from whom.

We also recorded a Christmas album. No, it wasn’t a serious effort, and yes, the recording sessions mostly took place after a few alcoholic beverages had been consumed by everyone, but for what it was, it actually sounds pretty good. We are a very talented bunch, and It’ll be a great memento of my time in this place anyway. How many people can say their entire building got together and laid down some festive tracks? Not many.

Speaking of the continuing holiday season… New Year was an epic occasion. Used to the spontaneity of castle gatherings, I had failed to make any actual plans, but as fate would have it, it turned out neither Sam nor the 2N lot had made any plans either. Our non-plans morphed into going to the supermarket together, buying $300 worth of beer, food and liquor and throwing a feast so epic 2015 would peak before it even started. On the way back from the store, we bumped into Paul, who informed us that 1N would be throwing a party and that we were all to pop round. We assured him we would indeed be round after our feast. For a night without a plan this was shaping up pretty well. The alcohol started flowing and the boys started cooking. Pete arrived with Lucky (the dog) just as the food was being served. He’d come with the intention of leaving for the bars right after, but after we’d eaten all the giant shrimp, steak, roasties, and veg we could eat, we managed to persuade him that one last Castle party was needed before 2014 could be bid farewell. Downstairs at Paul and Melissa’s the champagne was flowing, they had guests aplenty, the kids were up and excited, and everybody was having a good time. Haresh was there getting his party on too (I may or may not have fallen on him at some point in the evening… He took it in his stride though, he’s probably seen worse at Playboy). Due to the large amounts of gin I had consumed, things get a little hazy after we rang in the new year, but Sam from 1S made an appearance at some point with his girlfriend, and we partied together, as a building, well into the wee hours of 2015, and then.. well, some things are best left up to the imagination. It really was the perfect way to spend NYE, and not a bit of it was planned!

Which brings us up to now, really. And I do realise I’ve just written 1,500 words on the building I live in, but I’m still so amazed by the whole dynamic of this awesome place, and by how lucky I am to have picked randomly off the internet, out of all the places in Chicago a friendless Scottish girl could have picked randomly off the internet, a place that’s full of such friendly, fun people. It’s really made my stay here extra special, so thank you Castle for being so fucking awesome!

2 thoughts on “Tales from the Castle”